In the beginning this year, Samsung launched the Galaxy S21 series much earlier that expected. With that new launch window established, we expect the Galaxy S22 series to land in the same month next year. Recently, reports have been claiming that the next year’s Galaxy S22 smartphones will replace the Galaxy Note series. 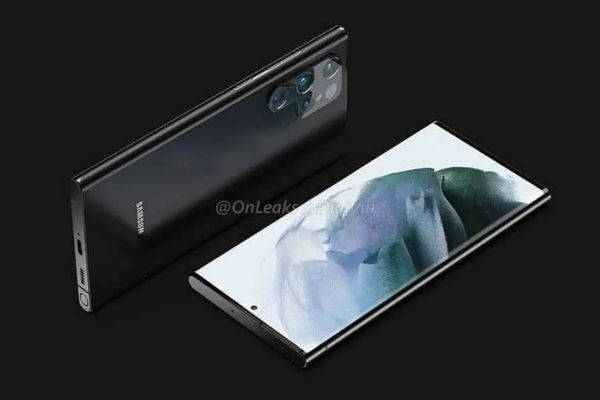 Samsung has skipped the Galaxy Note 21 series due to the chipset shortage, but apparently, the lineup is dead and buried. The Galaxy S22 Ultra will now wear the crown left by the king of phablets.

Today, a set of leaked renders confirm the S22 Ultra design and also confirm recent reports of it having a dedicated slot for the S Pen. However, let us remember that renders don’t represent final hardware exactly. Even if these are based on the actual device, the final design could change. 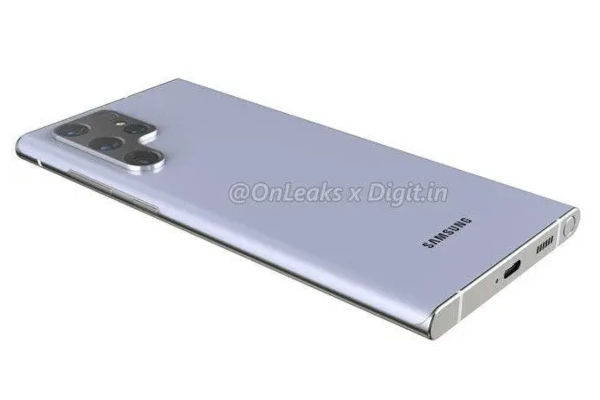 The leaked design renders come from tipster OnLeaks and Digit and confirm the S22 Ultra will pass through a major redesign. According to the leak, the design makes it look like a Galaxy Note smartphone.

The device will have a flat top and bottom edge, the bottom part will have a dedicated slot for the S Pen. The device will sport a curved AMOLED display, and rumors suggest it is a 6.8-inch panel. The device will continue with the punch-hole cutout in the center. Moreover, Samsung will keep the high refresh rate of 120 Hz and we can expect a Quad HD+ resolution. 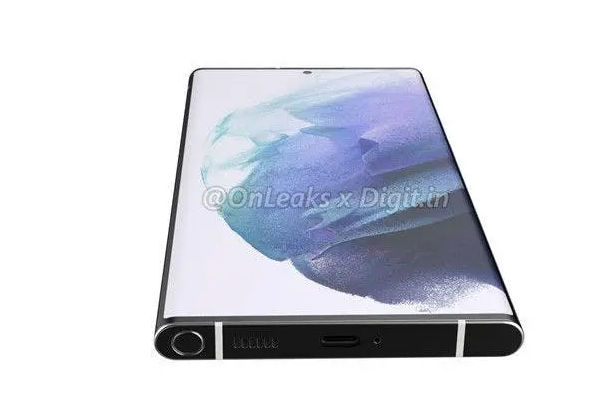 The Camera module is unique. According to OnLeaks, the Galaxy S22 Ultra will come with a P-shaped camera island. It will house a Quad-Camera setup with the LED flash placed inside the camera module. Unfortunately, details about the camera setup are yet unknown. The report, however, reaffirms some rumors of the device having a periscope camera lens. The other three sensors probably are wide, ultrawide, and telephoto zoom.

The renders also confirm the USB Type-C port and a speaker grille at the bottom edge. The SIM tray sits at the top edge of the device. Last but not least, the report says the device measures 163.2 x 77.9 x 8.9mm. Earlier today, tipster IceUniverse confirmed the device with a battery capacity of 5,000 mAh and a total weight of 228 grams. The device will support 45W fast-charging unlike its predecessor, but the charging adapter will probably be out of the package.