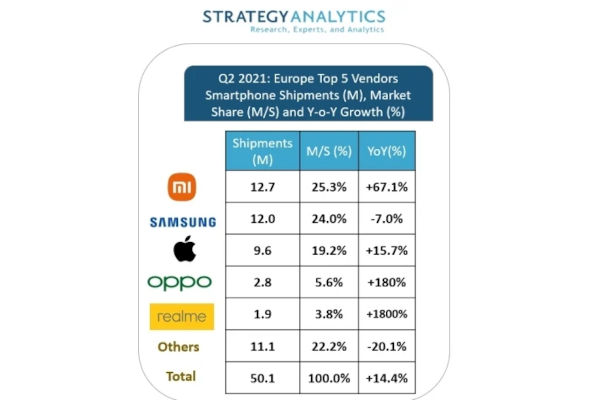 This is the first time Xiaomi will be claiming a number one position on the global charts. According to Counterpoint Research, Xiaomi surpassed Samsung and Apple in June 2021 to become the number one smartphone brand in the world for the first time ever.

Xiaomi’s sales grew 26% MoM in June 2021, making it the fastest-growing brand for the month. Xiaomi was also the number two brand globally for Q2 2021 in terms of sales, and cumulatively, has sold close to 800 million smartphones since its inception in 2011. 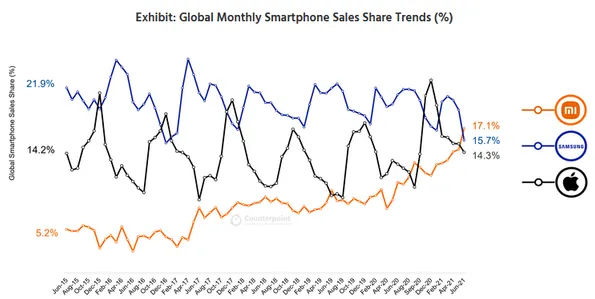 Irrespective of the counterpoint analysis report, Xiaomi is absolutely a threat to Samsung’s market dominance. Samsung’s smartphone business has slowed, Huawei is essentially absent from the market, and LG has exited entirely. This left room for Xiaomi to gain some major growth, and it clearly did.

Xiaomi is the biggest beneficiary Huawei’s ban, it has been making consistent and aggressive efforts to fill the gap created by this decline.