WhatsApp users have been asking for a native method to migrate their conversations from iOS to Android and vice versa for years. The Facebook-owned company back in April, revealed that it was working on the feature. Now, after four months, the feature finally went live with the newly launched Samsung Galaxy Z Fold3 and Galaxy Z Flip3. 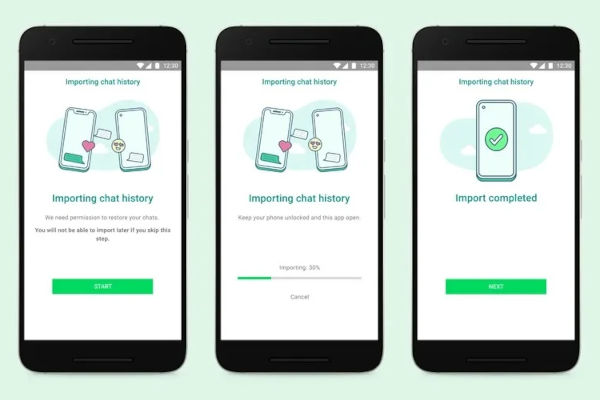 The announcement was made during the Galaxy Unpacked event today as one of the features of the new phones. iPhone owners picking up the new Galaxy Z phones will be able to migrate their chat history including photos and video.

The chat migration feature will roll out to other Galaxy phones running Android 10 and above in the coming weeks and should eventually be available for all Android devices, though WhatsApp didn’t say when that will be.

However, there’s a catch. Migrating your chat from an iPhone to the Galaxy Z Fold3 or Galaxy Z Flip3 requires a Lightning cable to USB-C cable. This means you won’t be able to get access to your chats if your iPhone has issues or missing. That’s a bummer.