By Andre Falana On Aug 22, 2021
Share
Join Us On Telegram
Related Posts

iPad owners have been anxiously waiting for the arrival of the WhatsApp messenger app on their device. The app is finally coming as Mark Zuckerberg himself has hinted that the app will indeed be available soon for Apple’s tablet lineup. 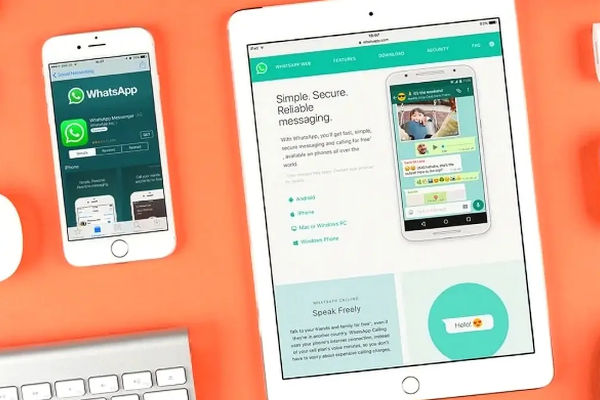 Now, folks at 9to5Mac have released more evidences that the arrival of the iPadOS version of WhatsApp is really imminent.

Apparently, upcoming multi-device 2.0 feature for WhatsApp is in its final stages of development. Through the new feature, users will be able to use an iPad as a new linked device. It will be way better than the current multi-device feature. It requires your smartphone to be constantly connected to the internet, which basically mirrors WhatsApp on third devices.

NEWS: WhatsApp is finally working on multi-device 2.0, and you can use iPad as new linked device ☄️
Android tablets are also planned to support multi-device on WhatsApp for Android!

It's under development and it will be released in a future update. Follow me to discover more 💚 pic.twitter.com/rND4xQfBDj

Interestingly, even Android tablets will support multi-devices features on WhatsApp for Android. According to reports, Facebook is readying the launch of multi-device support for up to four devices and one smartphone. Users might be able to even use it on their computers via browser or possibly through a new app.

According to a WhatsApp spokesperson in an interview with TechRadar, this feature will let people use WhatsApp “without the need to have your smartphone connected.”.

“MULTI-DEVICE MEANS THAT USERS WILL HAVE THE SAME FUNCTIONALITY THAT IS AVAILABLE ON THE CURRENT PUBLIC VERSIONS OF WHATSAPP WEB, DESKTOP AND PORTAL, JUST WITHOUT THE NEED TO HAVE YOUR PHONE CONNECTED. OUR MULTI-DEVICE CAPABILITY IMMEDIATELY MAKES THE EXPERIENCE BETTER FOR PEOPLE WHO USE DESKTOP/WEB AND PORTAL. AND IT ALSO WILL MAKE IT POSSIBLE TO ADD SUPPORT FOR MORE KINDS OF DEVICES OVER TIME.“

The Multi-Device compatibility will allow users to keep WhatsApp connections even without their smartphones. However, WaBetaInfo states that there’s a particular version of the app for iPad. A future update will roll out with the new feature. It will be a native application that works independently from your iPhone. Those who are testing WhatsApp Beta will be able to use the app on iPad in a future update.

Furthermore, the app just submitted another update to its TestFlight beta. The new update bags version 2.21.170.12 and bring redesigned contact info on iOS to business contacts.

As per rumors, WhatsApp will not be the only “bt Facebook” coming for iPads. In the future, the company may also introduce a new Instagram app exclusively made for iPads.