The Nigerian Direct to Home Pay TV Operator, TStv Africa, has announced zero naira viewing for users in the month of August. 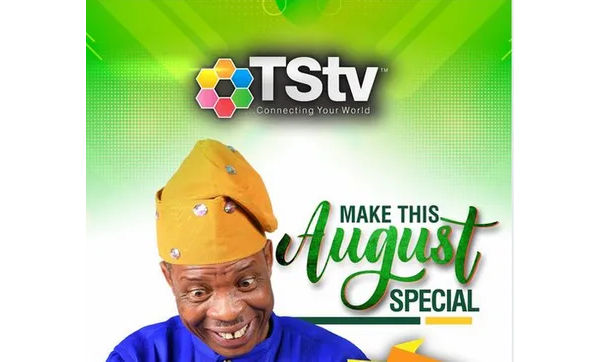 TStv head of Corporate Affairs, Mr Demola Olarewaju, who revealed this in a statement on Saturday in Abuja, said that the offer began from July 30, through Aug. 31, for all users of its decoders across the country.

Olarewaju said that the company had earlier apologised to users following a glitch in the transmission that made them unable to use their smart decoders.

He also said the company, on the new media platform, announced that viewers could now enjoy all their High Definition (HD) channels without being charged.

“Kindly add as many channels as you want, you will not be charged one kobo for the next month. Thank you all,’’ he said.

TSTV, the first satellite TV to introduce pay per view in the country, launched its operation on Oct. 1, 2020.

The News Agency of Nigeria NAN reports that the new operator’s pay-as-you-view will whittle down the exploitation of satellite television viewers by former providers over the years. (NAN)