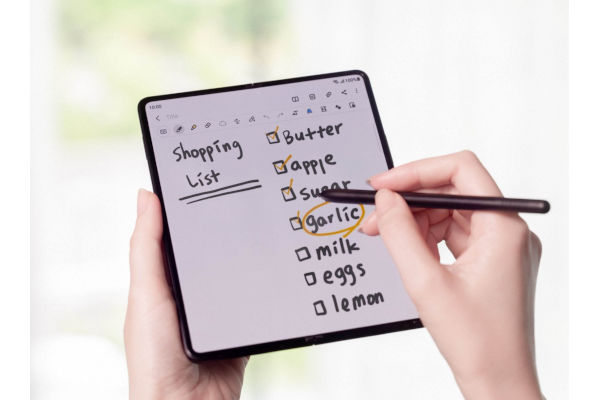 The new display – Eco²OLED was announced earlier yesterday. The “eco squared” stands for both “economical” and “ecological”. The new panel, which debuted with the Galaxy Z Fold3, is 25% more power-efficient than Z Fold2‘s OLED panel.

Sungchul Kim, President and Head of Mobile Display Business for Samsung Display, said, “In addition to the Eco²OLED, Samsung Display will continue to optimize technologies and produce organic materials that reduce battery drain.”

The Eco²OLED is one of the first displays to replace the polarizer. So, the polarizing plate, usually used in OLED panels, decreases the brightness by 50% as it tries to increase the visibility by blocking the light from outside the panel. The new panel also enables the Under Panel Camera on the Z Fold3, giving users a seamless experience.

“The Eco²OLED panel not only optimizes the pixel density, but with the added benefit of eliminating the polarizer, more light is exposed to the UPC, thereby increasing transmittance on the camera module. And with minimal pixels applied on top of the camera hole, the Eco²OLED provides a true full-screen design and increases viewable area so users have an unbroken canvas to access their favourite apps, entertainment, and games,” the company said in a press release.

Samsung has patented the Eco²OLED panel in seven markets, including South Korea, UK, US, China, and Japan.

MTN AWUF4U X6 Offer– Everything You Need To Know