By Andre Falana On Aug 18, 2021
Share
Join Us On Telegram
Related Posts

Xiaomi has silently unveiled the Redmi 10. At present, the device has been announced for Malaysia. The phone is expected to make its way to other markets in the coming days. The Redmi 9 successor brings updated features all around. Let’s take a detailed look at the specs of this phone along with its price and availability. 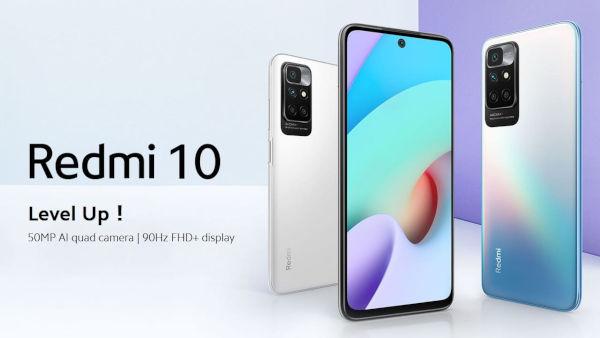 The specs of the Redmi 10 is exactly what was accidentally revealed by Xiaomi in the press release a few days back. The handset arrives with a new design in line with the Redmi Note 10 series.

The phone features a plastic build and comes in three colors, namely Carbon Gray, Pebble White, and Sea Blue. The former two color variants sport a matte finish while the latter has a glossy finish. The device measures 161.95 x 75.53 x 8.92mm in dimensions and weighs 181g.

Further, it is powered by a MediaTek Helio G88 chipset coupled with up to 6GB RAM and 128GB internal storage. As for software, the handset runs MIUI 12.5 based on Android 11.

As for optics, the device houses a quad-camera setup on its rear consisting of a 50MP primary sensor, an 8MP ultra-wide, a 2MP macro shooter, and a 2MP depth sensor. Whereas, for selfies and video calls, it uses an 8MP snapper. 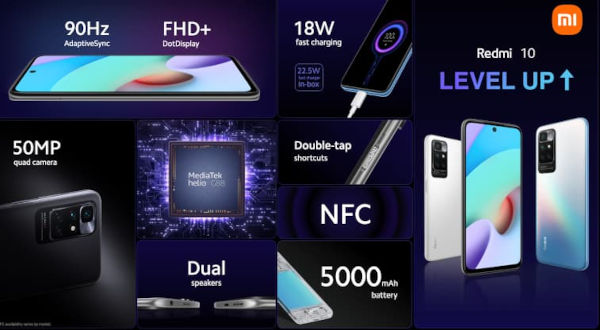 Other features of the phone include a side-mounted fingerprint sensor, dual stereo speakers, a MicroSD card slot, and an IR blaster. Last but not least, it is backed by a 5,000mAh battery with support for 18W fast charging (22.5W charger included in the box) and 9W reverse charging. 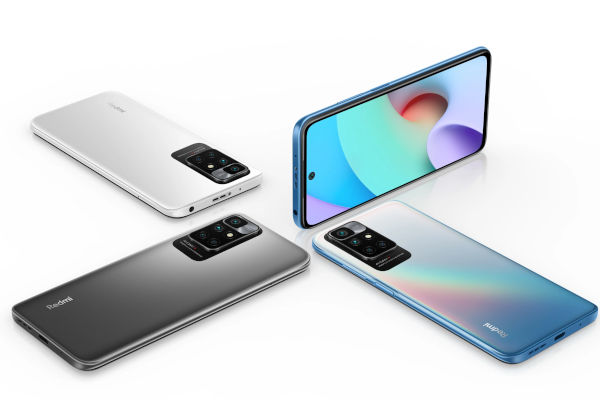 For now, Xiaomi has only revealed the Redmi 10 pricing for Malaysia. 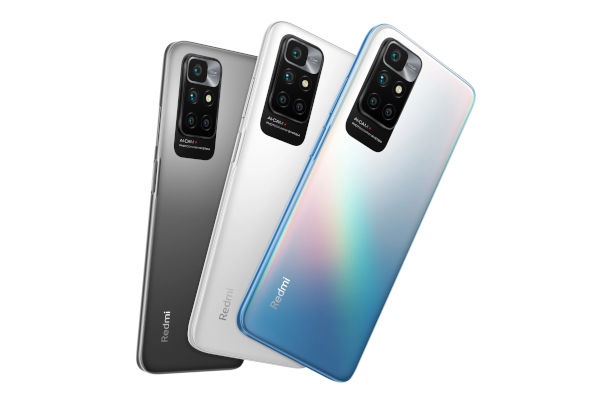 Since Malaysian pricing is cheaper, the price tags mentioned in the official announcement could be either for Europe or average global pricing.