Recently, Microsoft confirmed that it would allow older and officially unsupported devices to have the new Windows 11 operating system installed on them. It indicated that in this case the systems would be used in an “unsupported state”; but did not elaborate on what exactly that meant. The company managed to clarify this issue in a comment on PCWorld portal. 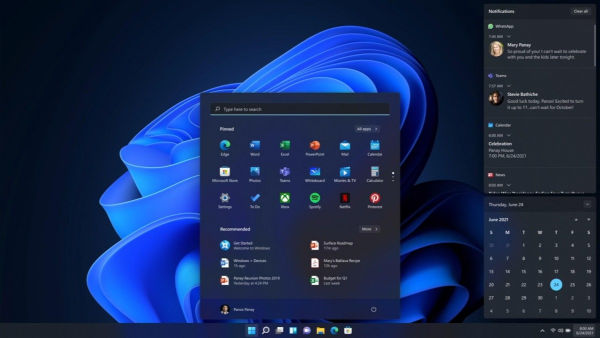 A user’s PC will officially be considered “unsupported” if it does not support the TPM version 2.0 cryptographic protection protocol and works with an older version, for example, 1.2.

In its previous statements, the company has confirmed that Windows 10 PC owners will be able to install Windows 11 using the dedicated Windows Media Creation Tool application or through the operating system ISO file. The software giant also clarifies what hardware will be in need to install Windows 11. The new OS will require a 64-bit processor, 4 GB of RAM, 64 GB of permanent memory, a motherboard with support for BIOS UEFI Secure Boot and TPM 2.0.

So in the case of an unsupported device, the installation of Windows 11 will be possible; but the operating system will not receive new updates through Windows Update. In other words, no latest Windows security updates and new drivers for these PCs.

Furthermore, the company also said that unsupported PCs running Windows 11 and not receiving updates may experience compatibility issues and even be unusable. In addition, such systems may have problems with warranty service.

Xiaomi Smartphone With Photochromic / Electrochromic Back In Works