Lenovo has launch a new Chromebook with a rugged design. The new computer also has an AMD processor and support for 4G but can only be purchased from the American carrier, AT&T. 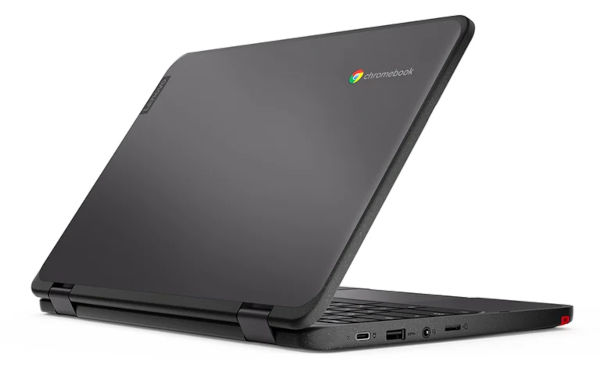 The Lenovo Chromebook 300E has an 11.6-inch display that is protected by Gorilla Glass. The screen is attached to a spill-resistant keyboard via two 360º hinges that allow it to be folded back into a tablet.

Powering the Chromebook is an AMD processor, the dual-core AMD 3015Ce. This makes the new device the first AMD Chromebook with LTE according to Chrome Unboxed. The chipset draws juice from a 47Wh battery, and Lenovo promises it should last a day of school. The Chromebook has 4GB of RAM and 32GB of storage. 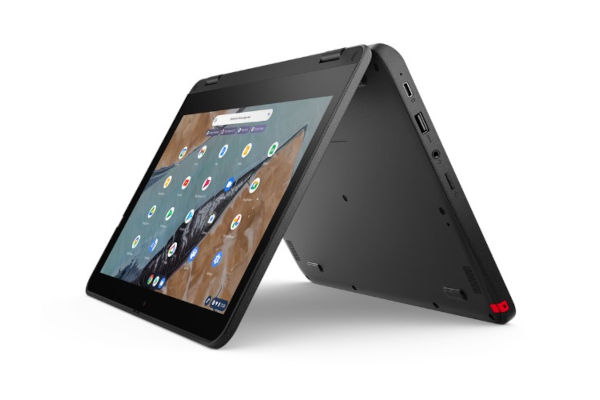 For ports, there is a USB-C power input port on the left along with a USB-A port, a microphone-headphone combo jack, and a MicroSD card slot. You also get a second USB-A port on the right along with an HDMI port. A 720p webcam sits above the display and it has a privacy shutter that you can slide in place when the camera is not in use. 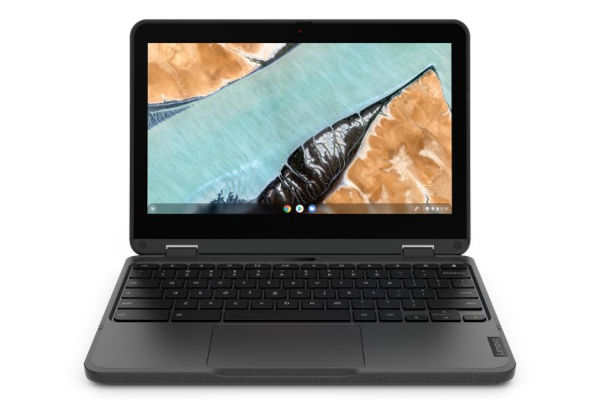 The selling price for the Chromebook is $419.99 but buyers can opt for a 36-month payment that will have them pay $11.67 per month. Pre-order will begin on September 10 and it will be available for purchase online and in stores on September 28.