itel which has already launched a few budget smartphones this year is gearing up for the announcement of a new smartphone with a large battery and a waterdrop notch on the display. 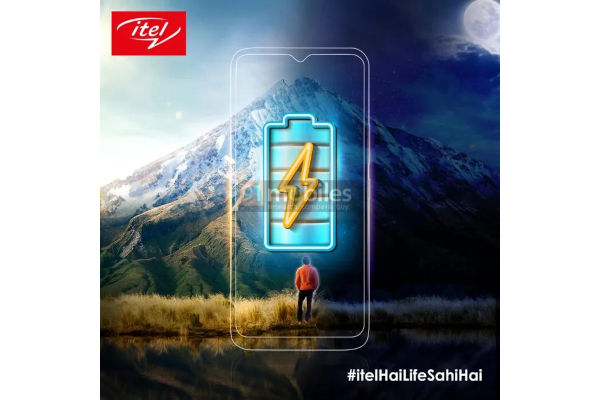 A report from 91Mobiles based on industry sources have found a yet to be released teaser of this new handset from the Chinese smartphone maker. This teaser showcases a smartphone with a big battery and its outline, which reveals its waterdrop notch on the front. According to the report, this smartphone will house the biggest battery compared to any other device released by the company so far.

Additionally, the sources also revealed that apart from the waterdrop notch, the handset will also offer a curved edge design as well. This new model will reportedly be a part of the brand’s Vision series of budget smartphones. Unfortunately, finer details like specifications and pricing of the device is unknown as of right now. Although, the sources did state that the affordable phone will arrive with an 8 megapixel dual rear cameras along with a 5 megapixel front facing shooter.

At the moment, the chipset of this device is currently unknown, but for memory, it will apparently house 2GB of RAM and 32GB of internal storage. Similarly, other specifications include a fingerprint sensor and face unlock along with support for Android 11 OS out of the box.

Wiko Y62 Plus Specifications and Price