Samsung’s Unpacked event is expected to hold on August 11 but ahead of the event, details of the devices to be launched has been leaking. One of the much-awaited devices, the Samsung Galaxy Z Flip3 will also be a part of the event. Yet again, a fresh leak has revealed the entire specs sheet along with brochure images of the phone has emerged online. 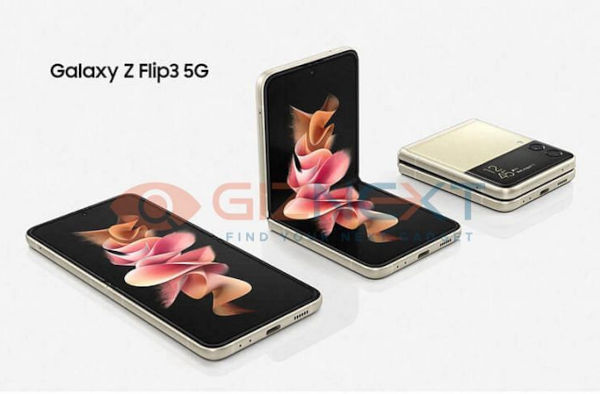 The Samsung Galaxy Z Flip3 will sport a similar design footprint to that of the predecessor Galaxy Z Flip2. It will feature a 6.7-inch primary screen with 2640 x 1080 pixels resolution and a 120Hz variable refresh rate. It will be a Super AMOLED panel with thin bezels. The screen will have support for Corning Gorilla Glass Victus protection.

It will feature a larger 1.9-inch secondary screen over the 1.1-inch screen on the Galaxy Z Flip 2. The secondary display will have 512 x 260 pixels resolution. The screen is said to be useful for a quick glance at notifications and for controlling music, calls.

The brochure images confirm that the foldable phone will feature a dual-rear camera setup. There will be a 12MP primary sensor with an f/1.8 aperture and a 12MP ultra-wide sensor with an f/2.2 aperture. 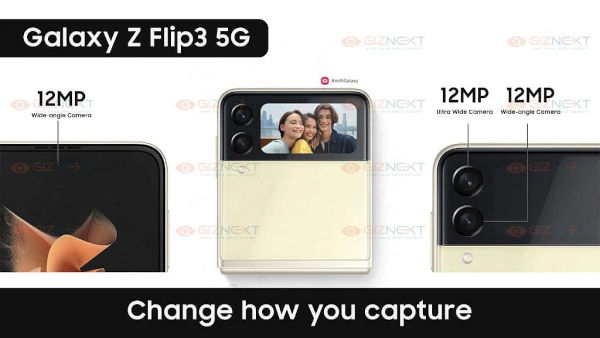 Upfront, it will boast a 10MP camera sensor for selfies. The smartphone will have OIS support for steady videos. It will be able to record high-quality videos similar to the upcoming Galaxy Z Fold3.

The smartphone will be powered by Qualcomm Snapdragon 888 chipset paired with 8GB of LPDDR5 RAM and up to 256GB of UFS 3.1 onboard storage. It will pack a 3,300mAh battery with support for wired and wireless fast charging. 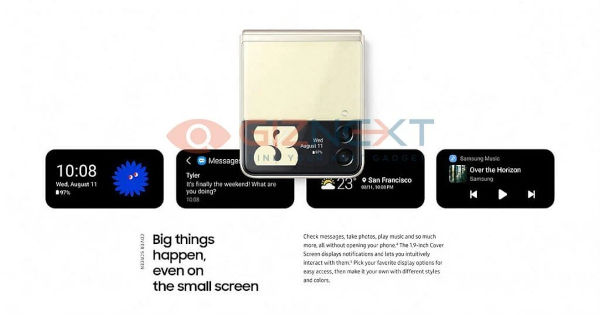 Thanks to the official brochure images, it is now confirmed that the Galaxy Z Flip3 will have an IPX8 water resistance rating. For security, it will have a side-mounted fingerprint scanner and facial recognization option.

The Samsung Galaxy Z Flip3 will launch in three color variants – Phantom Black, Lavender, and Cream. It is expected to come at a starting price of EUR 1099(~$1,292) for the 8GB RAM and 128GB storage variant.