WhatsApp messenger is set to get a new functionality that allows users to engage in a voice or video conversation after the start of the conversation. This means that the you will be able to join your family, friend or a business conversation as soon as you are ready or needed.

Similar features is currently being tested for group calls in Zoom or Google Meet. Given the noticeably greater popularity of WhatsApp, the function is likely to be in demand by hundreds of millions, if not billions of people.

Roughly by judging the image below, you will notice the way the new feature works â€“ the interface is quite simple and leaves no room for imagination. To gain access to the conversation, it will be enough to click the â€œJoinâ€ button. 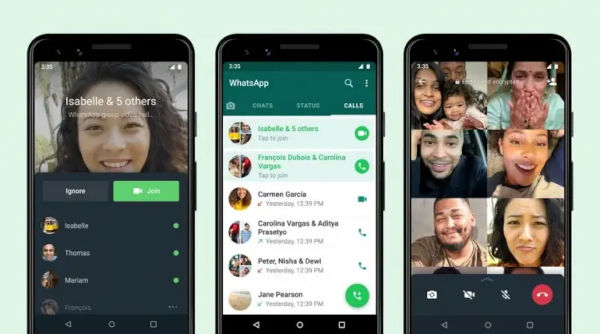 Furthermore, on the information screen, you can see who is already participating in the conversation, and who has been invited, but has not yet joined. Like other content, this type of call will have end-to-end encryption protection.

Updated versions of the software with additional functionality will be released next Monday.

List Of Mi, Redmi, Poco And Black SharkDevices To Get Android...

Do You Really Need A 30TB Storage System For Personal Use?