WhatsApp of course has a web version but it is pretty useless when your smartphone is not powered on and connected to internet. Now, the Facebook-owned company has released a new beta that brings support for multi-device without the need for a phone. 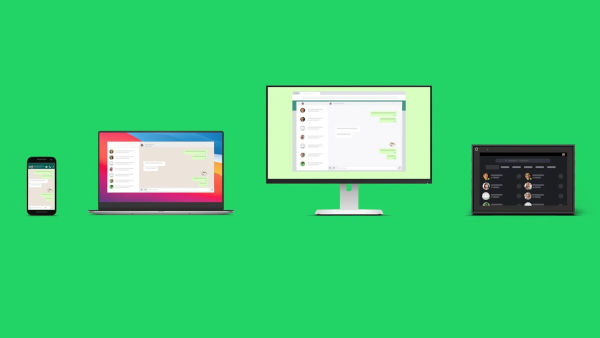 This is one of the most anticipated features and a couple of months ago, the companyâ€™s executives talked about the feature being in development. If you are interested to check it out, you can enroll yourself by following the procedure described by the company. For using this, you will need to be on the latest beta version of WhatsApp for Android or iOS.

The company promised earlier in June that it will roll the feature out in two month time, and now, stage A multi-device Â feature is already rolling out for some specific beta testers on WhatsApp beta for Android and iOS today.

If you are one of the lucky users, simply open WhatsApp Web/Desktop Settings from your iPhone or Android device (WhatsApp might rename it to Linked devicesÂ in the meantime, but this does not mean you have received the feature) and, if the feature is enabled for your WhatsApp account, you can see a new row calledÂ â€œMulti-device betaâ€.

At the moment, you need to manually Join Multi-device betaâ€, but you can always opt out if you donâ€™t want to continue with the multi-device beta. Once you join, you can connect to WhatsApp Web/Desktop for the first time, and then start using a beta version of the web/desktop client.

With this new multi-device rollout, it would allow users to verify their accounts in the nativeÂ WhatsApp messagingÂ app on multiple devices. And also use WhatsApp Web without an Internet connection on your phone. Just turn off your phone and you can see you can use WhatsApp Web normally! 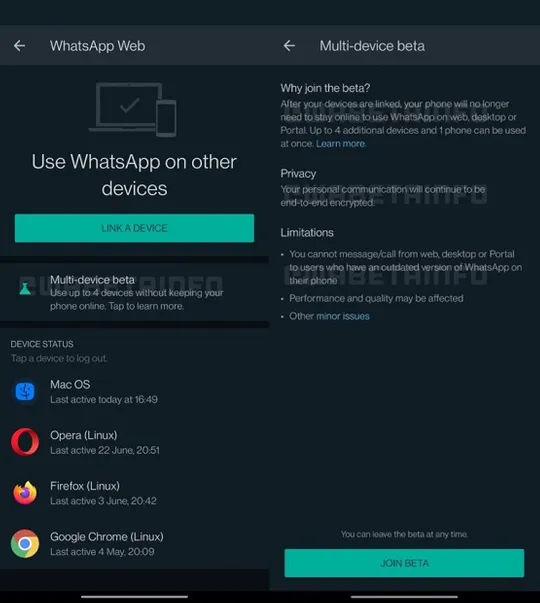 If the multi-device beta program is not visible for you, donâ€™t worry, WhatsApp is testing the feature for specific people and, after some time, WhatsApp will start rolling it out for more beta testers.

Note that when you enroll in the multi-device beta, you might experienceÂ some small issuesÂ like bugs. Things like that happen on beta but you can always give your feedback to WhatsApp regarding any bug experienced before rolling it out to stable users.