While a lot of smartphones today have an IP rating for water and dust resistance, one would still be mindful of dunking an expensive smartphone underwater. So, an Android developer has created a free app that lets users test whether their IP-rated smartphones are still water-resistant or not. 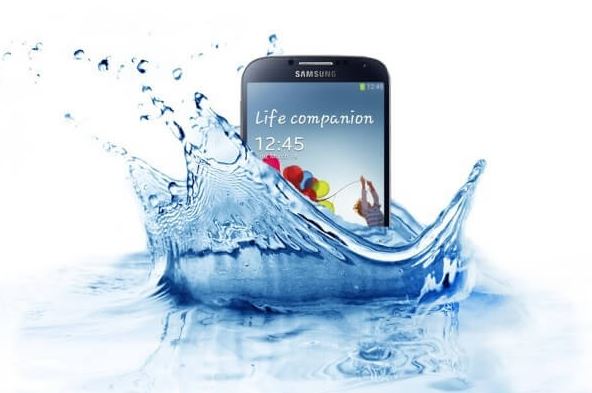 Developer Ray Wang says he created theÂ appÂ to help people check the state of their devicesâ€™ waterproof sealing after a repair or as it degrades over time.

It tests the integrity of your Android phoneâ€™s IP67/IP68 rating by accessing the deviceâ€™s barometer. 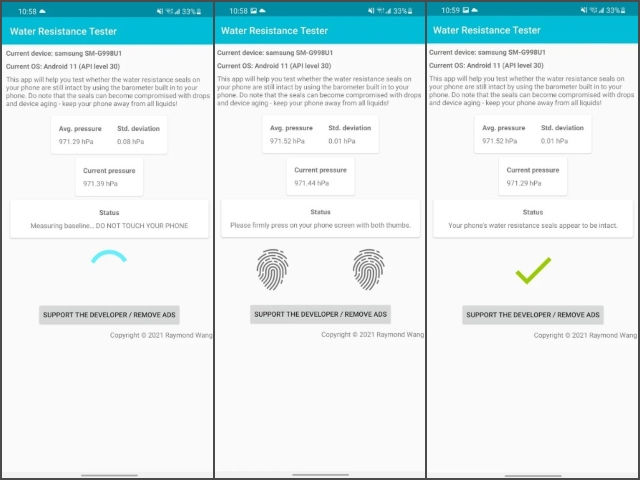 The test asks the user to leave the phone alone for a moment, then press firmly down on two points of the screen. By measuring pressure differences, it says it can tell if the seals are still reliable.

It should work on any phone with an IP rating, and it can adapt to physical changes â€” you can test it yourself by popping out your SIM card tray, which should return a negative result even after the app has given a seal approval previously.

Just download the free app, follow the prompts to press down firmly on the screen, and youâ€™ll get a swift pass/fail grade. Itâ€™s simple, geeky, and practical, which is a combination we love. 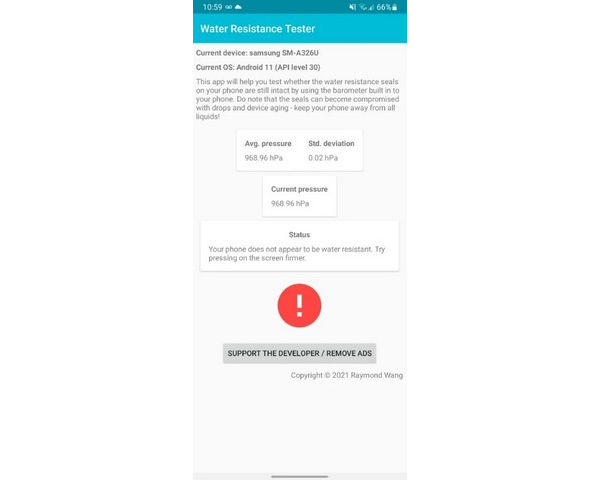 So, if you have an IP-rated Android phone that you have been using for a long time, go ahead and use the Water Resistance Tester app to check if your seals are still intact or not. The app is available to download for free on the Google Play Store and has a pretty good rating of 4.5 stars with over a thousand downloads. Unfortunately, the app is not available for iOS devices.

Sony Has Sold 4.5 million PS5 Consoles Since Its Launch