Samsung will announce the Galaxy Z Flip3 clamshell phone with a foldable screen on August 11. The device has appeared at the Geekbench benchmarking platform ahead of the launch, revealingÂ some of its key specs. 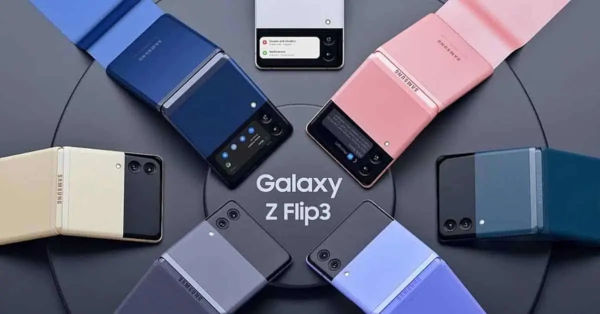 The SM-F711U model that has appeared on Geekbench is the North American variant of the Galaxy Z Flip3 5G. The â€œLahainaâ€ Qualcomm chip that powers the device is theÂ Snapdragon 888 flagship chip. It also revealed that the device will be offering 8 GB of RAM and Android 11 OS.

It has scored 1015 and 3161 in the single-core and multi-core tests of Geekbench, respectively. It’s possible for some markets to receive the Exynos 2100Â chipset version of the device. 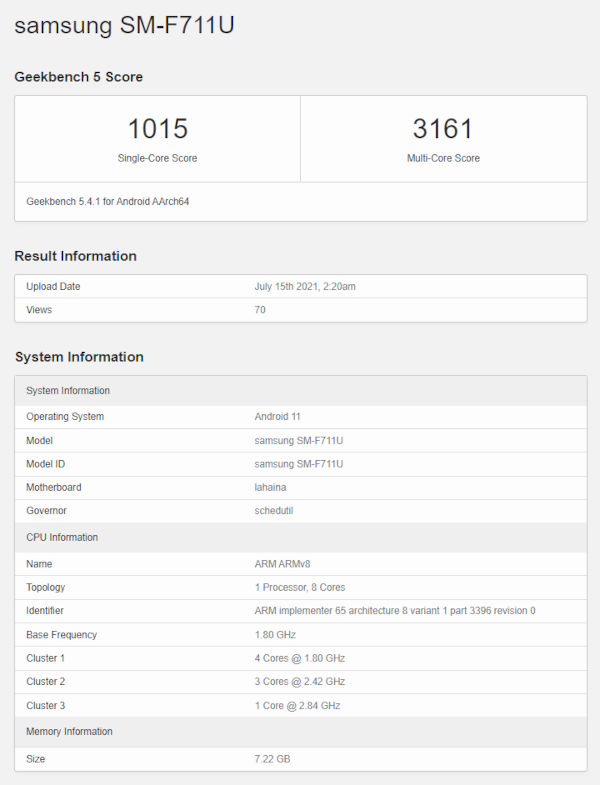 The Galaxy Z Flip3 has a 6.7-inch S-AMOLED display that offers an aspect ratio of 25:9 and a 1.9-inch external display.Â Leaked rendersÂ have revealed that the Z Flip3 will be sporting anÂ attractive dual-tone design. It may feature a side-facing fingerprint scanner for biometric authentication.

It may come with a selfie camera of 10-megapixel and its rear camera setup may include a 12-megapixel primary camera and a 12-megapixel ultrawide lens. The device may house a 3,300mAh battery that supports 15W charging and wireless charging. The clamshell may offer native storage of 256 GB and it is likely to run on One UI 3.1 based Android 11 OS.