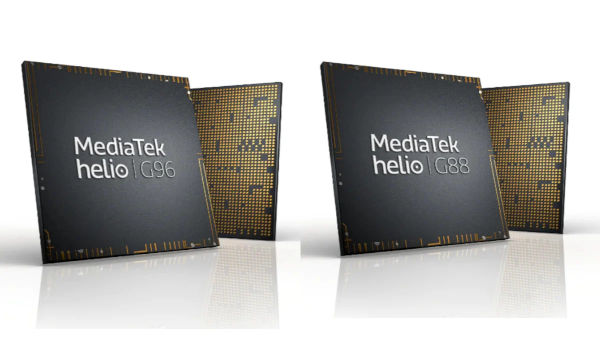 The MediaTek Helio G96 offers support for 120Hz displays with up to Full-HD+ screen resolution. It supports both LCD andÂ AMOLED panelsÂ without limitation in DDIC supply, C-phy or D-phy interface. To take care of the gaming needs, the company has also added HyperEngine 2.0 Lite technology.

On the other hand, the MediaTek Helio G88 supports Full HD+ screen resolution (1080p+) at a 90Hz refresh rate. It comes packed with an octa-core CPU that features twoÂ ArmÂ Cortex-A75 CPUs operating at up to 2.0GHz and Mali-G52 MC2 GPU.

MediaTek is yet to disclose anything about the pricing and availability for either of the chipsets and the upcoming devices powered by them. It seems like we will have to wait a bit longer to get information about the phones powered by these two chips.