When iPhone (iOS) users wants to switch to Android, one of the major problem they face is the transfer of data. A developer recently decompiled Google’s recently released Android 12 Beta 3. Analysis of the system application “data recovery tool” shows evidence that supports the transfer of data from the iPhone to the Android phone from the code. 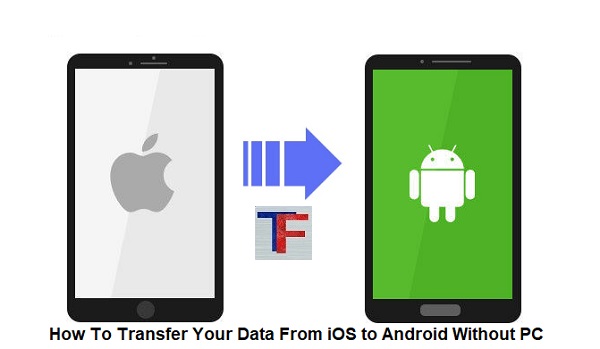 From the description of the code, the iPhone device can obtain the “Switch to Android” application from the App Store. Then, the Android device needs to connect to the Wi-Fi on the same network as the iPhone. After this, all the user needs to do is to follow the interface prompts.

The developer also found from another code description that the “Switch to Android” application can transfer apps, contacts, text messages, and chat history of third-party social software. Of course, paid apps cannot be transferred.

Google should officially launch “Switch to Android” on Apple’s App Store after the official release of Android 12. However, the iOS sandbox mechanism does not allow apps to access user data with each other. Thus, the workability of “Switch to Android” remains unclear. Apple released the “Transfer to iOS” on the Google Play market five years ago. This allows Android users to transfer data from Android to the iPhone. Google’s move is long overdue.

Reputable WhatsApp tipster WABetaInfo has shared a few screenshots showing the WhatsApp chat migration flow. You can check it out right here:

Thank you @xdadevelopers for your recent discovery about the "Switch to Android" app, to migrate WhatsApp chat history from iOS to Android. 🤩
These screenshots show how the process works. This feature is under development and it will be available in a future update. https://t.co/FmZbXi33L2 pic.twitter.com/w7GiCUHSuS

How To Transfer Your Data From iOS to Android

For now, users can transfer from iOS to Android in these steps

1. First, download Google Drive to your iOS device and sign in with your Google account. If you don’t have a Google account, you can create one now or when you sign in to Google Drive. If you already have Google Drive, make sure to update to the latest version.

2. After activating Google Drive, open the backup wizard. To do this, select Menu > Settings > Backup. You can back up the entire device or choose the content that you want to backup. The backup process could take several hours this is why you need a Wi-Fi source as well as a power source.

3. After completing the process in (2) above, then sign in to your Google account on your new Android device. All your data from your iOS phone will be intact. However, you must ensure that you use the same account that you used to back up your iPhone.

The process of transfer of data is quite easy and any smartphone user can do this. This will encourage iOS users of what interest in an Android smartphone to get one.