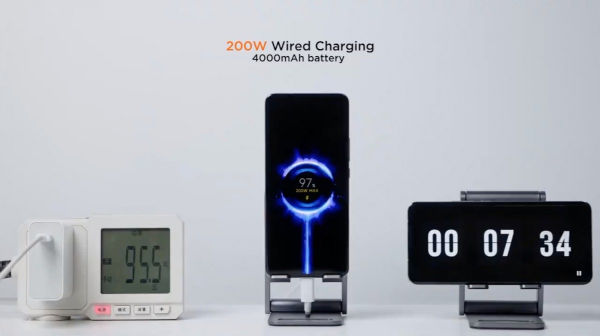 Following the announcement, the company invited some of its users who asked some the questions related to this new technology. One of the questions raised was about the safety of smartphones and XiaomiÂ has answered that and some of other questions.

In response,Â XiaomiÂ confirmed that the technology is safe to use and also added that it has been commercialized that a long time in Research & Development. The company said that there are 40 safety and protective measures included in this new charging technology.

Impact Of 200W Fast Charging On Battery Life Of The Phone

In response to the question on the battery life of the smartphone and the impact of 200W fast charging solution, Xiaomi said that the phoneâ€™s battery life remained above 80 percent after 800 charging cycles. This is much higher than the industry standard as the national requirement of energy is maintained at over 60 percent.

At the time of unveiling the new HyperCharge Fast Charging solution, Xiaomi demonstrated that theÂ 200W wired chargingÂ can charge a 4,000mAh battery to 50 percent in just three minutes and takes about eight minutes to get fully charged.

Similarly, theÂ 120W wireless chargingÂ solution can charge a 4,000mAh battery to 10 percent in just minutes and takes seven minutes to charge it to 50 percent. It takes only 15 minutes to fully charge the battery.

It remains to be seen which upcoming smartphone from Xiaomi will come packed with this new fast charging technology. If we have to speculate, then we expect the next-generation Mi seriesÂ flagship smartphoneÂ to feature HyperCharge technology.