WhatsApp is one of the most popular instant messaging applications around and despite the backlash received for its newly updated privacy policy and competition from the likes of Telegram and Signal, it’s still the leader in the market.

Using WhatsApp onÂ multiple devicesÂ has been an anticipated feature from all WhatsApp users, the feature has been in works for a very long time, and now, the company has promised it will be released in two months.

WhatsApp CEO has now confirmed that the multi-device feature support will be rolled out in a public beta within two months. However, youâ€™ll only be able to connect up to 4 linked devices. WhatsApp on iPad might also be supported using the multi-device option.

This means that users will be able to use their WhatsApp account on up to four devices either on Android or iOS devices without needing to uninstall the app on the first device. Users can also log in to their account on multiple devices, at the same time.

In a recent interview conducted byÂ WabetainfoÂ with Mark Zuckerberg, these three features will be releasing soon.

This seems like an expansion of a seven-day timer feature that was introduced last year which is also known as disappearing messages. It remains to be seen if WhatsApp is planning to offer more flexibility to users for setting the timer length. Telegram allows users to set the timer for a few seconds to a fixed number of days. 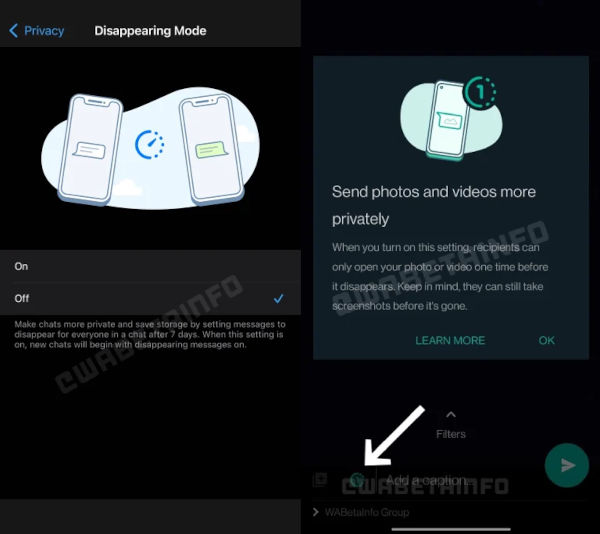 View Once: WhatsApp is also planning to add a â€˜view onceâ€™ feature that will allow users to share media files like photos and videos that can be seen by the recipient just once and after that, it will disappear. This is similar to sending photos on Instagram, another social media platform owned by Facebook.

The report adds that the â€˜view onceâ€™ feature will start rolling out soon. While the exact date for the rollout of these features is not yet known, it is said that the new features could be made available in a public beta release in the coming months.

Multi-device Feature: Which weâ€™ve highlighted above. It will be rolled out to beta users, before the general public. It has also been confirmed that WhatsApp on iPad may likely support multi-device features when rolled out.

For now, users are waiting for the multi-device feature to be rolled out in 2 monthsâ€™ time according to the confirmation of Will Cathcart.