Yesterday, we reported about a couple of leaks that surfaced online. The leaks revealed the existence of a high-end Tecno phone called Phantom X. Today, Tecno Mobile’s African divisions such as Ivory Coast, Republic of Congo, and Ghana have started teasing the arrival of the device. One of the listings shows that the smartphone is available for pre-orders starting from today. 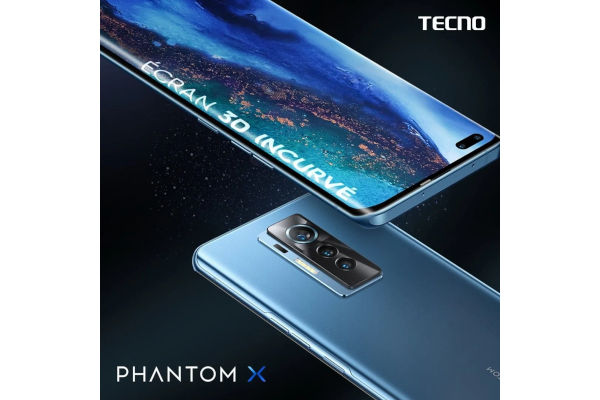 The Tecno’s office in Democratic Republic of Congo (DRC) division is now receiving the pre-orders of the Phantom X. Those who pre-order the device for $10 will get freebies such as the Tecno S2 Bluetooth speaker and a bottle of wine. 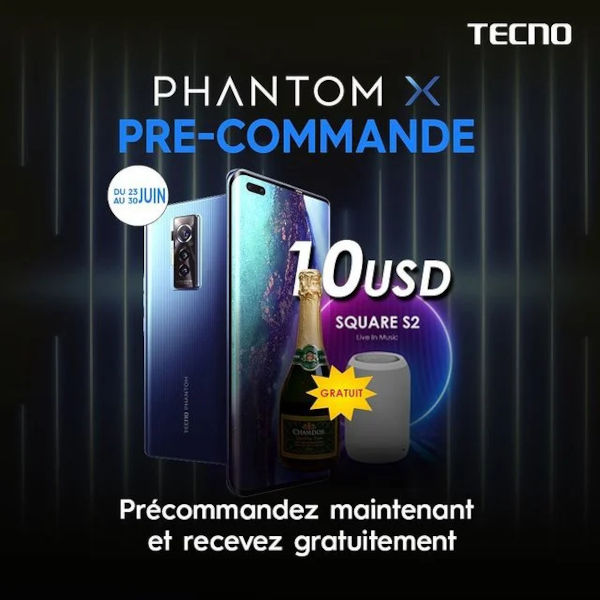 Here is a teaser video of the Phantom X released by Tecno’s Ghana wing. Its Ivory Coast division has shared the below-shown poster to showcase its impressive design. The company has confirmed that the handset has an AMOLED panel that supports Full HD+ resolution.

A new wave for the BOLD and EXTRAORDINARY is coming.
If you guessed #PHANTOMX, you were right!
Let's see how many words you can think of that start with E and are related to extraordinary?
Excellent, Explore, Exclusive…. It's all here at #PHANTOMX #BeBOLDBeEXTRAORDINARY pic.twitter.com/fgCJwcPvV6

While the device is expected to arrive in July, there is no confirmation on the date. Since the last date to pre-order the device is June 30, it is likely that the phone may debut on July 1.

Leaked information has revealed that the Tecno Phantom X has a 6.7-inch AMOLED FHD+ curved edge display that offers a 90Hz refresh rate. It is powered by Helio G95, 8 GB of RAM, and a 4,700mAh battery that supports 33W fast charging.

The Phantom X has a 48-megapixel + 8-megapixel dual front-facing camera. Its back panel has a quad-camera setup that includes a 50-megapixel main camera, a 13-megapixel secondary lens, an 8-megapixel camera, and an unknown lens. It will come preloaded with HiOS based on Android 11 OS. This handset (AC8 model number) at the FCC certification in April. The phone will come in colors like Van Gogh Sky Blue and Monet’s Summer Garden.