The Federal Government of Nigeria has approved the extension of the deadline for National Identification Number (NIN) and SIM data verification to July 26. 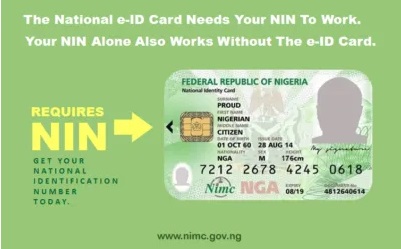 The Minister of Communications and Digital Economy, Isa Pantami, on behalf of the Nigerian Government, has thanked Nigerians for their patience and compliance with the Federal Governmentâ€™s directive on the NIN-SIM registration exercise.

The statement noted that the federal government approved the extension as part of its effort to make it easier for its citizens and residents to obtain the NIN.

The earlier deadline would have lapsed on Wednesday, June 30.

According to the agencies, at least 57.3 million Nigerians have enrolled for the NIN, with an average of three to four SIMs per NIN.