Early this year, when Twitter was battling with the Indian government, an Indian-developedÂ alternative called Koo, sprang up. The micro-blogging platform, which shares several features with the platform it is trying to replace, was originally designed specifically for Indians as it offered its services in multiple local languages. Now, Koo is now available in Nigeria. This is coming shortly after the Nigerian government banned Twitter in the country. 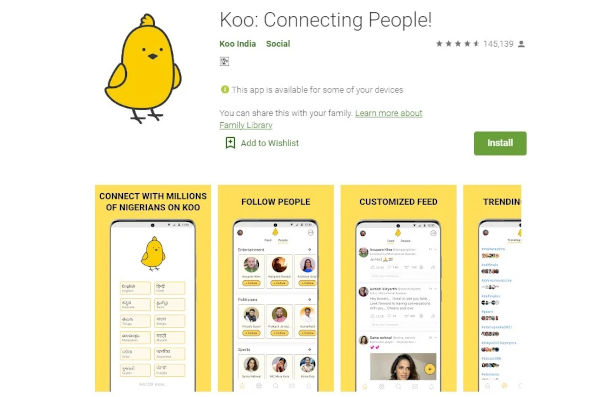 According toÂ India Today, Koo made the announcement on Saturday. This is just a day after the Nigeria government banned Twitter.

Kook To Get Local Nigerian Languages

The CEO of Koo, Aprameya Radhakrishna, not only confirmed that it now offers its services in Nigeria but also revealed that they are considering offering it in a local Nigerian language too. There are over 500 native languages spoken in Nigeria including Hausa, Igbo, and Yoruba. 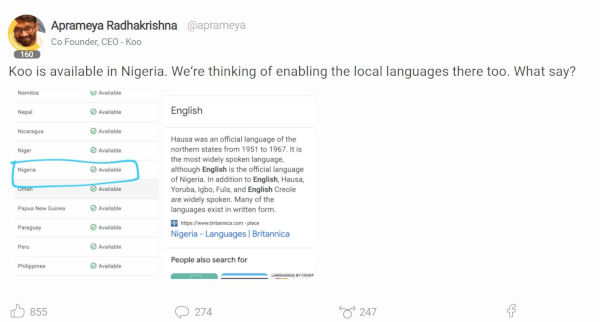 The Twitter ban has resulted in several users including some government officials resorting to VPNs to access the platform as all internet service providers in the country have blocked access to it. It remains to be seen if these users will switch to Koo or stick to Twitter.