After years of releasing cost-effective smartphones, Infinix is gearing to launch a true flagship. The Infinix Zero 8 smartphone was a good competitor in the mid-range segment, but it’s set to get a successor. The company is preparing to unleash the best smartphones in its story under the Infinix Zero X series. 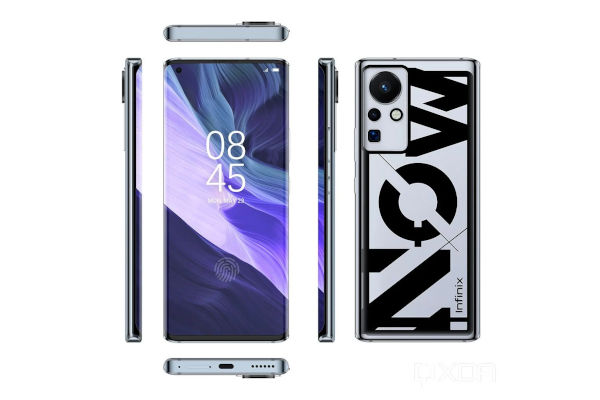 These devices will offer some impressive specifications such as a 160W fast-charging support, 50W wireless charging, a 108MP camera, and a 6.67-inch AMOLED. Ahead of the official launch, the smartphone believed to be the Infinix Zero X has passed through the Geekbench benchmark.

Going by what we have on Geekbench with model number Infinix X6810. The phone will be powered by MediaTek Octa-Core Helio G95 SoC (MT6785V/CD). This chip is based on the 12 nm architecture. 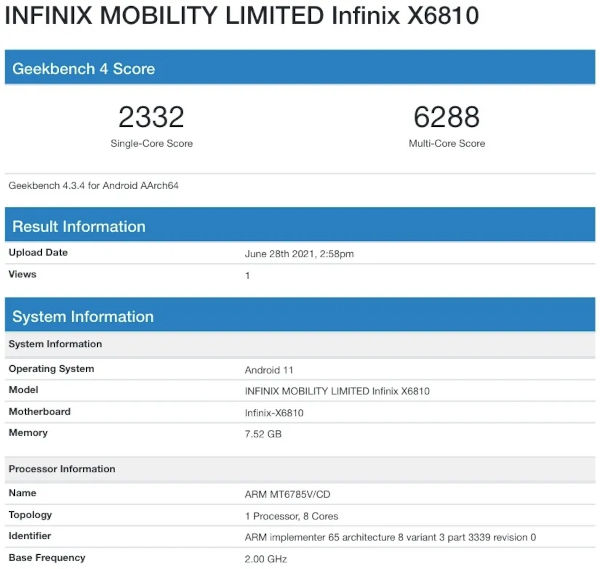 It packs two ARM Cortex-A76 cores clocked at up to 2.05 GHz plus six power-efficient ARM Cortex-A55 cores clocked at 2.0 GHz. The device passed by Geekbench with 8 GB of RAM. On the software front, the handset runs Android 11 and we can expect Infinix HiOS skin to be on top of that. In the benchmark results, the device scored 2,332 points in the single-core tests and 6,288 in the multi-core department.