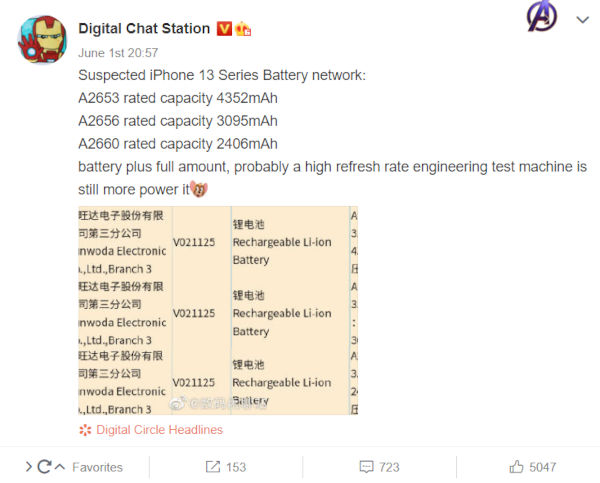 The news was shared on Weibo, a Chinese microblogging website by a known tipster. According to the rumor, the upcoming iPhone 13 lineup will be powered by battery capacities that are larger than the previous generation. The social media post claims that the high end iPhone 13 Pro Max will feature a 4352mAh battery, which is a notable jump from the current iPhone 12 Pro Maxâ€™s 3687mAh battery.

Similarly, the iPhone 13 and the iPhone 13 Pro will house an identical 3095mAh battery, which is higher than the 2815mAh battery from the previous generation. The smallest lineup of the model, the iPhone 13 mini, will also feature a larger 2406mAh battery capacity compared to the iPhone 12 miniâ€™s 2227mAh battery pack. Keep in mind, that even if this rumor was true, battery sizes do not paint a clear story regarding smartphoneâ€™s battery life. 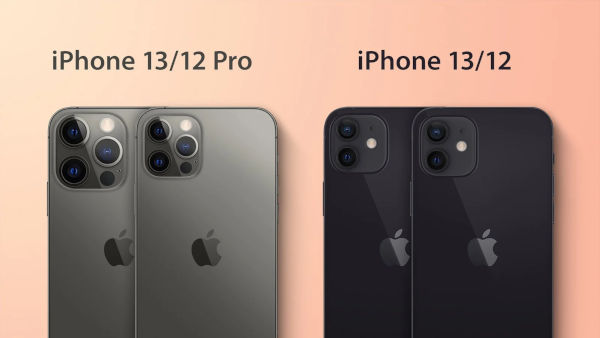 The Cupertino based giantâ€™s newÂ A15Â chipset is likely to also bring improvements in performance along with power efficiency as well. So, the larger batteries paired with a more efficient chipset could noticeably improve battery life throughout the entire iPhone 13 series. Unfortunately, this is still an unconfirmed report so take it with a pinch of salt and stay tuned for more, as we will be providing updates when additional information is available regarding the upcoming smartphones.

LG To Shut Down Its Payment Service Before 2021 Ends