Following the suspension of Twitter‘s operations in Nigeria by the Federal Government, users of the micro-blogging platform have been seeking solace in the use of a Virtual Private Network (VPN) to access it. 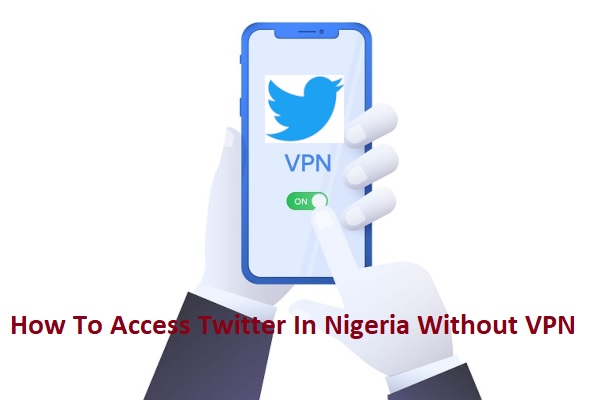 Recall that on Friday, Ministry of Information and Culture announced the suspension in a statement citing the “persistent use of the platform for activities that are capable of undermining Nigeria’s corporate existence”.

VPN basically enable the user to hide the internet protocol (IP) address of the device in use – the unique number that identifies you and your location in the world.

One of the benefits of using VPN is that it changes your IP address. This implies that with a new IP address – which can be that of any country of your choice – you can use Twitter as if you’re in your selected country without restriction.

To do this, all that is needed is to change the location of the VPN to any country of your choice and connect to that country’s VPN.

Well, using VPNs will give Nigerians access to the ban social media site but it comes with its own risks/disadvantages.

Free services that advertise on browser extension stores and mobile marketplaces are notorious for claiming fast downloads and anonymized activities when in reality they can be more dangerous than not using a VPN at all.

All devices aren’t automatically protected – If you use VPN software to protect your PC or smartphone, that’s the only device that gets protected.

In order to keep data safe, you must install an app on every device that connects to the internet (or else use a VPN router).

How To Transfer your data from your old Android phone to…

Viruses and malware are still a threat – Most VPNs do not protect your computer from viruses or malware.

You’ll still need to be mindful of downloading suspicious files, especially through torrent and P2P networks.

Speed issues – VPN will often slow your connection speed by 10-25% depending on the service, all thanks to encryption overhead.

This can be frustrating if you frequently stream HD movies or do a lot of online gaming.

Fake VPN scams – In an ironic twist, many online hackers rely on scamming those who are working the hardest to avoid scams.

This means that consumers should be wary of free anti-virus installers, fake “alert” pop-ups, and, yes, VPN software.

In the worst case, however, they also sell or supply data to government authorities. Even if the provider promises not to sell the data, it is already a risk that the data is stored at all.

Not a day goes by without a new data leak being reported, whether due to poor security or criminal hacker attacks.

Users Data Privacy – If a VPN service doesn’t charge its customers, the company has to bring in revenue from somewhere else. All your data makes a detour via the VPN provider. But do you really know the company and what it’s about? Essentially, you will have to trust your provider to maintain data privacy.

The most common source is selling user information the VPN promised to protect. If you aren’t paying for the service, you’re not the customer, you’re the product. This holds true for nearly every free VPN service.

Well, if you do not have a free VPN as not all VPN are free to use and also leaving the VPN app running in your phone may quickly drain your your phone battery, here is another way to access Twitter in Nigeria.

That is all, close your Twitter App and open it again to gain access from Nigeria without a VPN.