After launchingÂ Spaces in private beta last December followed by expanding the test to Android soon after, Twitter is expanding Spaces to its global users. According to Twitterâ€™s official blog post,Â Twitter Spaces is live for all users with over 600 followers.

Twitter Spaces is a feature that allows users to join virtual rooms where they can engage in real-time, audio conversations with others.

Twitter accounts that have 600 or more followers can now create their own â€œSpaceâ€ and talk about a particular topic or simply have a conversation with their followers.

Twitter users will see purple bubbles appear at the top of their timelines when live conversations are happening. Users will be able to tap on those purple bubbles to join a Space. Once inside, users can tweet or direct message the Space hosts or request to speak.

As a host of a Space, users will have the ability to moderate their rooms by inviting others, choosing who can speak, and removing any troublemakers.

Lots of features have been added to Spaces since it was first introduced in November 2020 with a limited number of users.

Other protections that Twitter has built-in include the inability for an account to join a Space if the host has blocked them, and there will be labels and warnings if someone that a user blocked is speaking in a Space that they joined.

Twitter is also working on bringing more features in the future, such as: 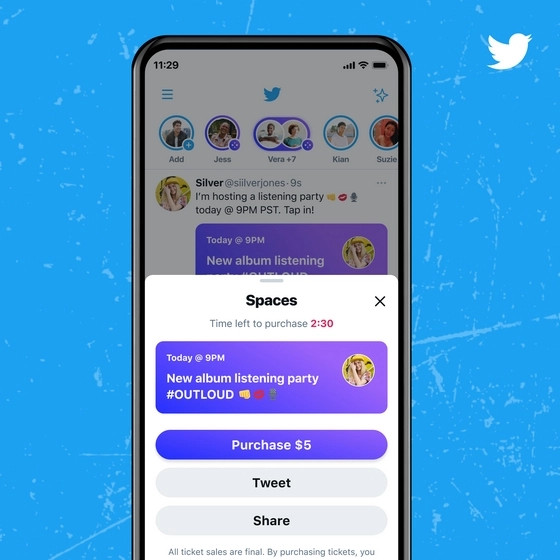 In the same blog post, the company has detailed what it has planned for Space hosts and creators, including a way to monetize Spaces. Dubbed Ticketed Spaces,Â hosts can set ticket prices along with the maximum number of participantsÂ in the Space. Twitter says the majority of revenue from ticket sales will go to creators and a â€˜small amountâ€™ goes to the company. 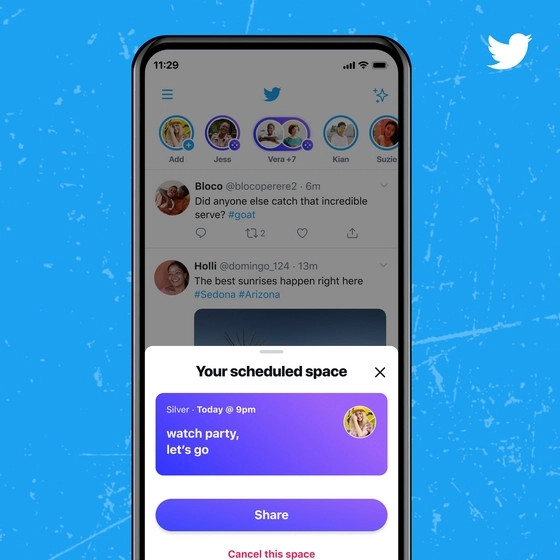 Going forward, Twitter will roll out the ability to schedule Spaces. Also, interested listeners will be able toÂ set reminders for upcoming Spaces. According to Twitter, these features will be available in the coming weeks.

Spaces will be available to users on Twitter for Android and iOS, and accounts with 600 or more followers will be able to host a Space.