Twitter is finally rolling a features that helps users to filter their messages in order to make it easier to find what they are looking for. The feature (twitter DM search bar) has already been available on its iOS app for about two years ago now. 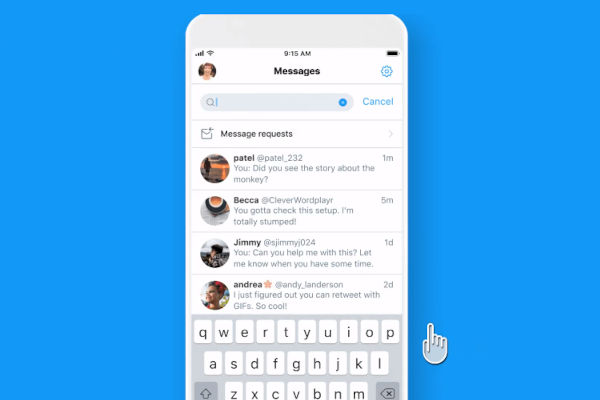 The company is finally rolling out a DM search bar to Android devices today after it made its appearance on iOS nearly two years ago. The feature is going to drastically expand how helpful that bar is by surfacing older conversations and even actual words youâ€™ve typed in those conversations sometime â€œlater this year.

Weâ€™ve brought the DM search bar to Android and are rolling out an improved version that lets you search for all of your old convos, not just the most recent ones.

Waiting for the option to search your DMs for message content? Weâ€™re working on releasing that later this year! https://t.co/wAQxSokJt6

The feature which has long been a top request for android users first entered into testing two years ago before rolling out to iOS users.

At the time of writing, it doesnâ€™t let you search the content of messages; you have to type in the names of people or groups. This means you can only search for the names of the people youâ€™ve spoken to.

However, if you want to search for your old tweet on desktop, you can CLICK HERE. You can share your thoughts and experience on this new develop in the comments below.

Intel Says Laptops With Foldable Screen Are Coming In Year 2021