In February, Tesla announced that it has invested $1.5 billion in Bitcoin and also disclose that it would start accepting Bitcoin as payment for buying its cars. Now, another Elon Musk-led company is following the same path with Dogecoin. 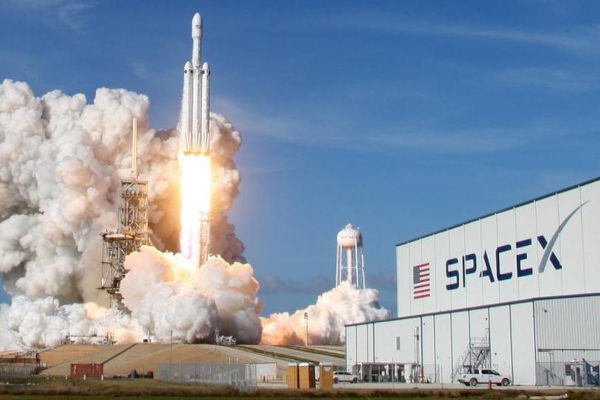 SpaceX will be launching the â€œDOGE-1 Mission to the Moonâ€ in the first quarter of 2022 and the company will be accepting cryptocurrency dogecoin as payment, according to Elon Musk in a tweet. 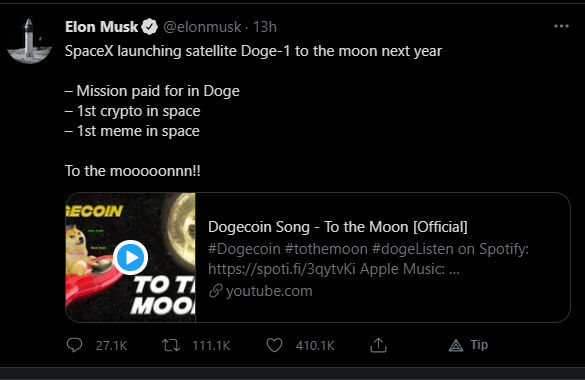 The development follows a tweet byÂ Elon MuskÂ in April thatÂ SpaceX was going to put a â€œliteral Dogecoin on the literal moonâ€.

Canadian engineering firm Geometric Energy Corporation hasÂ partnered withÂ SpaceXÂ to launch its DOGE-1 CubeSat to the Moon in the first quarter of 2022. The mission will launch aboard a Falcon 9 rocket. The 88-pound CubeSat will collect â€œlunar-spatial intelligenceâ€ through a combination of cameras and sensors, says the company.

In the statement released by Geometric Energy, SpaceX Vice President of Commercial Sales Tom Ochinero said: â€œThis mission will demonstrate the application of cryptocurrency beyond Earth orbit and set the foundation for interplanetary commerce.â€

DogecoinÂ lost more than a third of its price on SundayÂ after Musk called it a â€˜hustleâ€™ during his guest-host spot on the â€œSaturday Night Liveâ€ comedy sketch TV show. 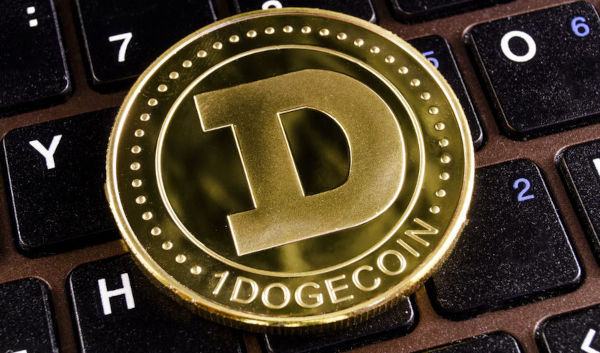 Earlier in February, Elon musk tweeted â€œDogecoin is the peopleâ€™s coinâ€, â€œNo need to be a gigachad to own. â€œNo highs, no lows, only Doge.â€ Dogecoin was traded at $0.05229 then February 2021.

Dogecoin is now the fourth most valuable cryptocurrency in the world with a market cap of over $85 billion. Only Bitcoin, Etherium, and Binance Coin have higher market caps.