Recently, a good number of smartphone manufacturers have been reportedly eyeing the automobile industry. Now, OPPO is the latest brand reported to be expanding its business to car manufacturing. 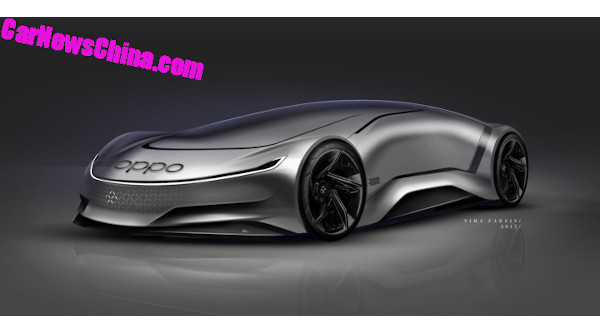 According to aÂ XiuxiushaiÂ report (ViaÂ CarNewsChina), the CEO and founder of the Chinese tech giant, Tony Chen, will apparently be the one leading this project. According to the source, Chen and his team has spent the last couple of weeks investigating resources, hiring talents from within the industry, and have overall been testing the viability of the project. A person close to the senior official also stated that the company is currently only conducting investigations and discussions on automobile manufacturing and has yet to formally establish the project.

CEO Tony Chen notably said that â€œEven in car manufacturing, we will focus on areas that OPPO can perform well. If automakers canâ€™t build good cars and OPPO has the strength, we will try it in the future.â€ This is indicative that the smartphone maker might be still be in internal discussions, deciding whether or not to build its own car or enter the industry in a manner similar to Huawei, which is by providing certain automobile parts and software for smart electric vehicles.

Interestingly, the report states that Chen has even met with Teslaâ€™s supplier and battery maker CATL sometime within the last two weeks. In addition, it is also rumored that Andy Wu, Vice President of Oppoâ€™s software engineering, has been taking interviews for the positions related to autonomous driving. In other words, the company is looking at self driving technologyâ€™s development, regardless of whether they build their own or offer its services to other car makers.