Huawei has launched the MateBook 16 notebook in China. The AMD Ryzen 5000H powered ultrabook comes with a sleek design, which features a 3:2 aspect ratio display and a large-sized battery. Let us checkout what the Matebook 16 offers. 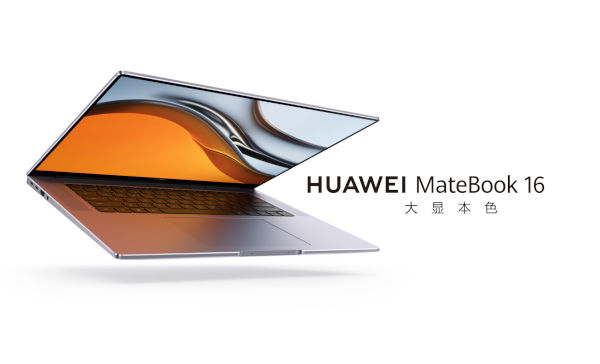 The MateBook 16 comes in two CPU versions such as AMD Ryzen 5 5800H and Ryzen 5 5600H. Both offer AMD Radeon graphics, 16 GB of DDR4, and 512 GB of NVMe PCIe SSD storage. It runs on Windows 10 OS and it carries support for multi-screen collaboration for connecting Huawei phones with the MateBook.

It is backed by an 84Wh lithium polymer battery, which can last for up to 3.5 hours once fully charged. The notebook comes with a 135W fast charger. The HD webcam is hidden in one of the function keys available on the keyboard.

The MateBook 16 has a full-sized keyboard, which tags along with a fingerprint scanner and a large-sized touchpad. Its other features include stereo speakers, a pair of microphones, two USB-C ports, two USB 3.2 Gen1 ports, an HDMI port, a 3.5mm headphone and microphone combo port, Bluetooth 5.1, and Wi-Fi 6.