Google is planning to unveil its Pixel 6 series smartphones later this year. The sixth-gen will come with tremendous changes especially in the sense of hardware. We will witness the debut of Googleâ€™s new hardware. In addition, the Pro variant will be coming back again after its absence since the 4th generation. A couple of leaked renders revealed that the company is preparing a complete design overhaul in the Pixel lineup. The Pixel 1, 2, and 3 were quite similar in terms of design. Google changed the formula with the Pixel 4 and stuck with it with the Pixel 5. 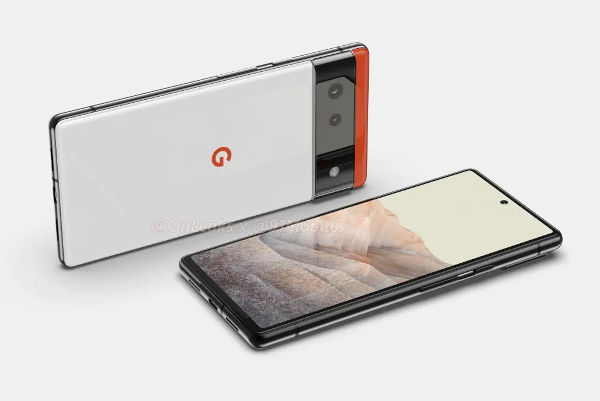 Now, we are about to see another refreshment that fortunately brings a lot of Pixel DNA of betting on unconventional designs. According to a new report, the Pixel 6 Pro will be powered by the upcoming Google’s chipset.

The reports have been mentioning Googleâ€™s Whitechapel chipset for a long time. This will be the companyâ€™s first custom chipset and will mark a new era for the search giant in the smartphone industry. According to tipster Yogesh, the new Google chipset codenamed Whichapel is based on a 5nm architecture. The tipster further reveals that its performance is close to the Snapdragon 870 SoC.

Well yes, Whitechapel is a 5nm chip with current performance on PVT units closer to SD870, they are not trying to match SD888. Google's focus is on ML & so the raw AI performance is matched to that of other leading mobile chips. Plus that Mali GPU is performing good under stress.

In case you are not aware, the Snapdragon 870 SoC users the Cortex-A77 cores and is based on a 7nm+ architecture. While it is below the Snapdragon 888 in terms of performance, it still is an excellent chipset that is beyond anything in the industry, except for its bigger brother. The Snapdragon 870 is more like a Snapdragon 865+Â and is miles beyond the Snapdragon 765G that has been present in the last yearâ€™s Pixel 5.

Google is obviously not aiming at the Snapdragon 888 level of performance, however, the new chip will certainly be in the flagship ground. The companyâ€™s last flagship was the Pixel 3 Pro. The new chip will focus on Machine Learning and Artificial Intelligence and will count with a Mali GPU under the hood. Unfortunately, we donâ€™t know exactly which version is inside it.

According to Max Weinbach, the new smartphone will be a premium device with a price tag of $1,000. It will come with a QHD+ display with a 120Hz refresh rate. As per OnLeaks renders the device will have a 6.67-inch panel with a center-aligned punch-hole. The vanilla Pixel 6 will have an FHD+ display with a 120Hz refresh rate. Fortunately, Google is finally giving juice to its smartphone and the leaks suggest a huge 5,000mAh battery inside. 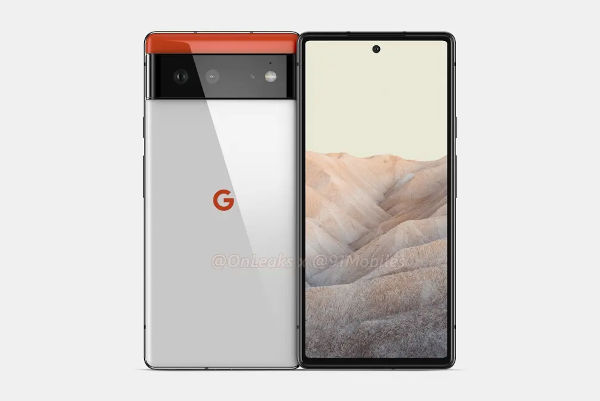 In terms of optics, the phone is rumored to come with a large 50MP Sony Sensor, an 8MP periscope camera with 5x zoom, and an ultrawide snapper. The camera setup will also offer a color correction feature.

Google will release both the Pixel 6 and Pixel 6 Pro in October. However, the launch may happen in November due to the chip shortage. It may come in multiple colorways and a mint Green color is included.

Here’s The List Of Galaxy Devices Eligible For One UI 4.0 (Android 12) Update