Google launched the Pixel 5 in September last year but it did not feature flagship specs like its predecessor model. Instead, the search engine giant made it an affordable handset with upper midrange specs. Just like previous ones, the Pixel 6 series may launch this September and October. 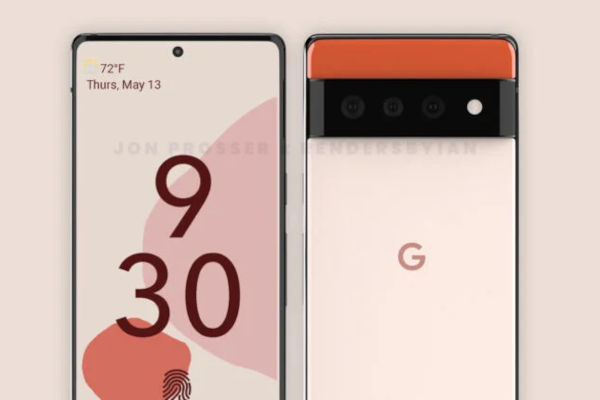 Well ahead of the launch,Â tipster Jon Prosser has sharedÂ the Pixel 6 and Pixel 6 Pro renders. Reliable tipster Max Weinbach claims that theÂ lastest renders are accurate in design. He however, added that the colors may be incorrect. 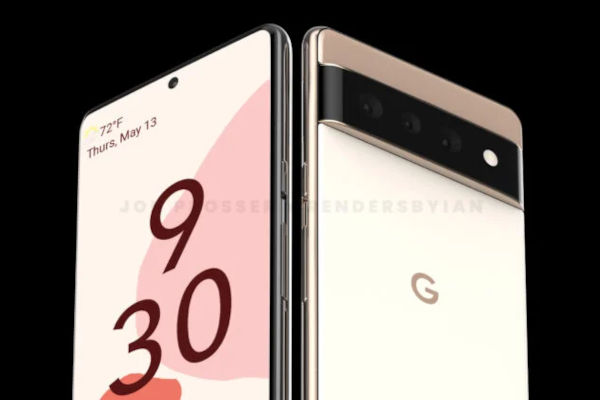 From the renders, the Pixel 6 and Pixel 6 Pro appear very different as compared to the 2020â€™s Pixel 5. The new renders are said to be based on real-life images of the Pixel 6 line.

The front side of the Google Pixel 6 features a centrally aligned OLED screen with an in-screen fingerprint scanner. All four bezels surrounding the screen appear quite slim, which indicates that it will offer a high screen-to-body ratio. The Pixel 6 Pro sports the same front design. However, it seems to be a larger phone as compared to the Pixel 6.

Rather than having the square-shaped camera module, the Pixel 6 can be seen sporting a new horizontal camera bump, which includes a dual-camera setup and an LED flash. The portions above and below the bump are of different colors. On the other side, the Pixel 6 Pro also flaunts the same rear design, but it features a triple camera system.

The leak has no information on the specs of the Pixel 6 and Pixel 6 Pro. Recent reports have claimed that the upcoming Pixel 6 phones could be powered byÂ Googleâ€™s own custom-made chip. The search giant is also said to be working on a smartwatch called the Google Pixel Watch. The wearable device is expected to debut with the Pixel 6 series later this year.