Apple recently released the iOS 14.5 update but that did not go down well with Facebook. And Why?… This is because the new OS update requires application developers to obtain usersâ€™ consent before tracking users. While Facebook objected to this, there’s nothing it can do about it than to just abide by it. Nevertheless, Facebook is not ready to give up and will do its best to get usersâ€™ consent. 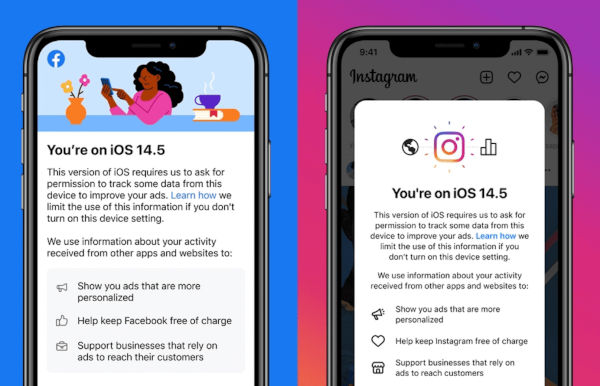 If your device runs iOS 14.5 and you will see a pop-up message when you open the Facebook or Instagram app. In this message, Facebook explains that iOS 14.5 requires developers to obtain user consent before tracking some device data to improve ad delivery. The social media giant also states that users will benefit from this data collection from three aspects. Conspicuously, we can see the second item where the company says â€œHelp keep Facebook free of chargeâ€. This also applies to the Instagram app.

What this actually mean? Facebook obviously has a plan but still unknown to us. However, there is currently no sign that Facebook plans to provide a paid version of the application. Nevertheless, if Facebook can not get revenue from delivering targeted ads, it will get revenue from some other way.

Join Us On Telegram
Advertisement
ALSO READ:  You Can Now Tap and Play games On Play Store, Thanks To Google Play Instant
Advertisment