The upcoming Infinix Note 10 Pro has been in the news for a while now. The smartphone was first certified by FCC with model number X695. The certification revealed some of the features of the device. The handset was later spotted on GeekbenchÂ as well. Late last month, images of the handsetâ€™sÂ retail box leaked revealing more specs. Now, more renders of this phone expose its design entirely. 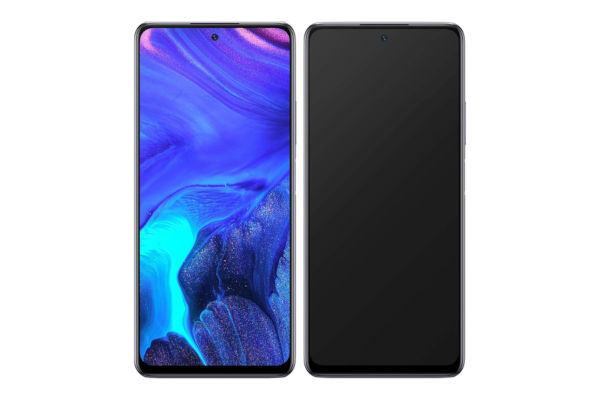 An exclusive report byÂ XDA DevelopersÂ brings us the renders of the forthcomingÂ Infinix Note 10 Pro. The publication has shared three images. Two of these pictures showcase the smartphoneâ€™s front. Whereas, the third image reveals the deviceâ€™s complete design.

These renders reveals that the phone will have a centered punch-hole display and a couple of sensors (possibly ambient light sensor, proximity sensor) along with a notification LED on the front. Further, the handsetâ€™s rear panel will house a rectangular camera array with five circles.

However, it may only sport a quad-camera setup, as per the retail box leak. One of the additional holes may nest an ambient light sensor like on theÂ Xiaomi Mi 10T series or â€˜AIâ€™ branding. 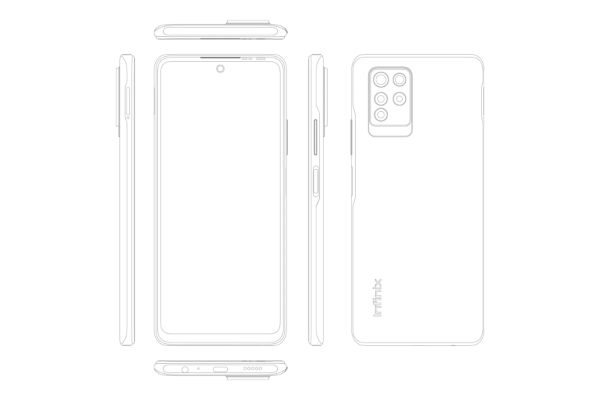 Lastly, talking about the placement of buttons and ports, the power (embedded fingerprint sensor)/volume keys and SIM card slot will be located on the right and the left sides respectively. Whereas, a 3.5mm headphone jack, USB Type-C port, microphone hole, and a speaker grille will be present at the bottom. The top side of the phone will be empty.

Thereâ€™s no word on this smartphoneâ€™s launch date but it could be accompanied byÂ Infinix X693, which is expected to be the regular Infinix Note 10 without the Pro moniker.