Infinix Hot 10i was recently spotted on Google Play Console and the listing revealed the key specs and the front design of this handset. Now, the smartphone has been spotted on FCC. The certification shows off the deviceâ€™s rear design and also confirms its battery capacity and charging speed. 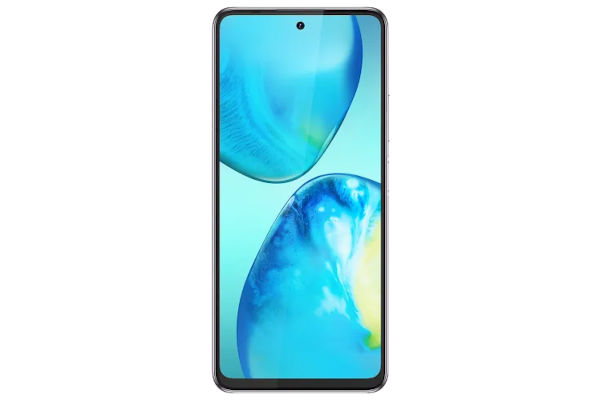 The upcoming Infinix Hot 10i was certified by FCC in late February. In fact, its listing went live just a day after we reported onÂ Infinix X693â€™s FCC certification.

That said, as per theÂ FCC listing, the Infinix Hot 10i will come with model number X659B. The listing does not mention the phoneâ€™s marketing name. We found out that from an automated Google Play Certified Android devices list onÂ GitHub.

It is worth noting that the Infinix Hot 10i spotted on Google Play Console has a different model number (X658B). But these handsets could be the same but meant for different markets. However, we cannot rule the possibility of them being different devices.

Because InfinixÂ launched a smartphoneÂ called SMART 5 in India. But instead of the original phone with the same name, it was aÂ rebranded Infinix HOT 10 Play.

Anyway, according to FCC, the Infinix Hot 10i (X659B) will feature a 5,850mAh battery (rated) with support for 10W charging. In other words, this smartphone will be backed by a 6,000mAh battery (typical).

As far as rear design is concerned, it will house a squircle camera module on the top left corner and a fingerprint sensor slightly below it. Going by the size of the module, we can expect at least two cameras. Whereas, the power button and the volume rocker will be loathed on the right side. 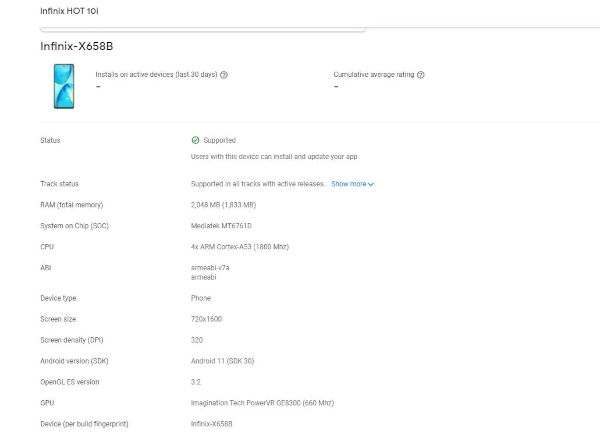 As of now, thereâ€™s no official word fromÂ InfinixÂ regarding the launch of Hot 10i.

TECNO LE7 Certified by FCC With A 7000mAh battery