YouTube has started rolling out its new feature ShortsÂ which is an attempt to take on TikTok. Shorts as its name implies, is platform for short videos, shot in portrait orientation. Those in the United States have started receiving the feature, and the global rollout is expected soon. 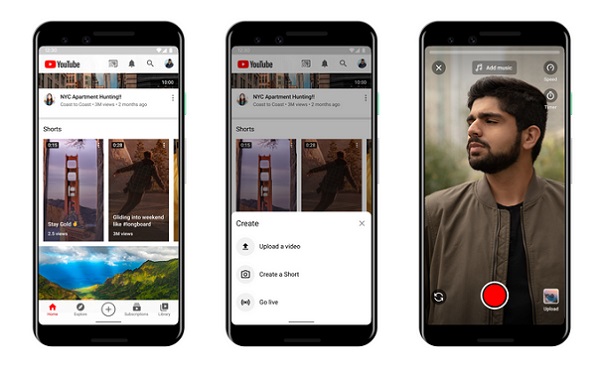 Currently, Shorts is still in Beta, so not all American users will get it after an update of their application. The company is likely doing some A/B testing, but given the fact YouTube has been working on ShortsÂ for the past 12 months, the featureâ€™s stable version should be right around the corner.

YouTubeâ€™s Shorts were getting over 3.5 billion viewsÂ while in early beta, so it is no wonder the short videos are now getting to more and more users. Just for comparison, TikTok is reaching 1 billion monthly active users and is likely to become the first platform to reach the milestone in such a short time.

We’ve included a link to APKMirror for those willing to sideload the latest version although seeing how the feature also requires a server-side switch it’s no guarantee that you’ll get it.

Join Us On Telegram
ALSO READ:  YouTube Is Testing Swipe Gestures To Skip To Next Video In Android App
Advertisment

OnePlus Will Be Among The First With a 5G Smartphone in...