Xiaomi will be holding an event next Monday. This event will reveal a good number of new products. The official even said that â€œmay be the greatest new product launch event in history.â€ It has been officially announced that the two flagships Mi 11 Pro, Mi 11 Ultra, Mi Notebook Pro laptop, Mi Band 6, a Mi Mix device, a Wi-Fi router, and moreÂ will be unveiled at the conference. But there will also be another new smartphone product at the conference. 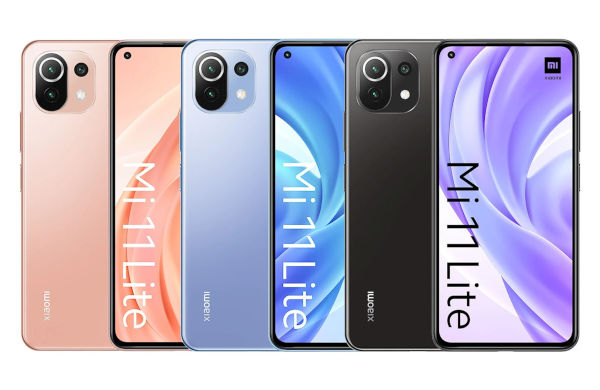 According to Xiaomi CC product manager and brand spokespersonÂ Cici on Weibo, the Xiaomi Mi 11 Lite will also be unveiled at the press conference. It should beÂ â€œlightweight, beautiful, and powerful. â€œÂ

Xiaomi Mi 11 Lite Specs and Features Known To The Date

Xiaomi will reportedly announced the Mi 11 Lite 4G and its 5GÂ model globally and out of this, the 5G version is likely to enter China as the Mi 11 Youth Edition. Qualcomm recently launched the 5nm Snapdragon 780 5GÂ chipset and the Youth Edition is probably the first to feature it. 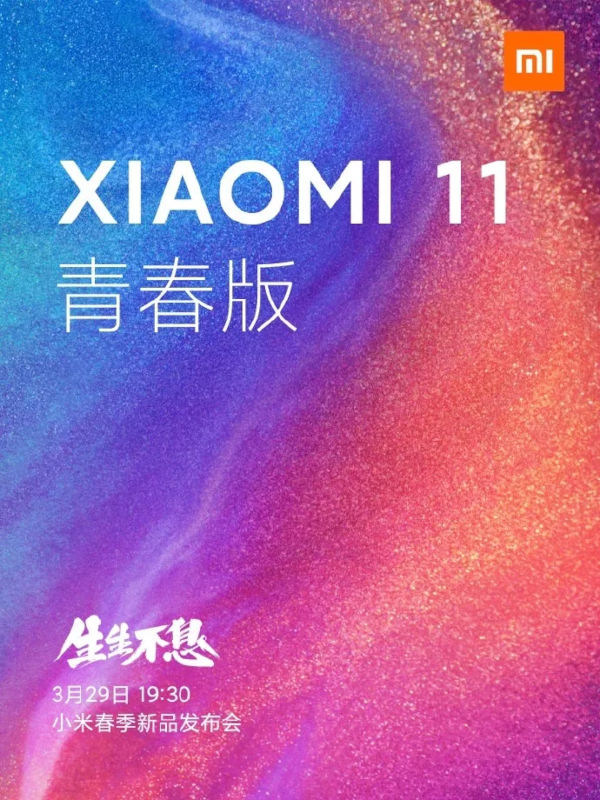 The fact is that the Snapdragon 780G is Qualcommâ€™s second SoC after Snapdragon 888, built on a 5-nanometer technological process. It also uses the â€œ1 + 3 + 4â€ scheme: the CPU is divided into three clusters with one high-performance core, three of the same cores, but operating at a lower frequency, and four energy-efficient cores. An important difference from the Snapdragon 888 is the lack of a Cortex-X1 super core â€“ it is certainly very powerful, but it is rumored to be the source of power consumption and heating issues for the Snapdragon 888. 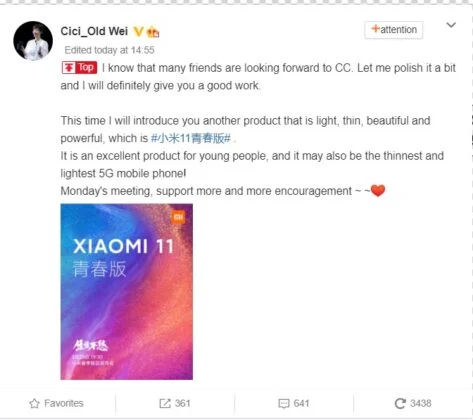 And according to Wei, the Mi 11 Youth Edition will probably be one of the thinnest & lightest 5G phones with a thickness of just 6.81mm. The device might lacks a 3.5mm audio jack butÂ hasÂ a microSD card slot.