Telegram has released a major update to its messenger. The main innovation is Voice chats 2.0 or, as the developers called them, â€œon steroidsâ€ voice chats. 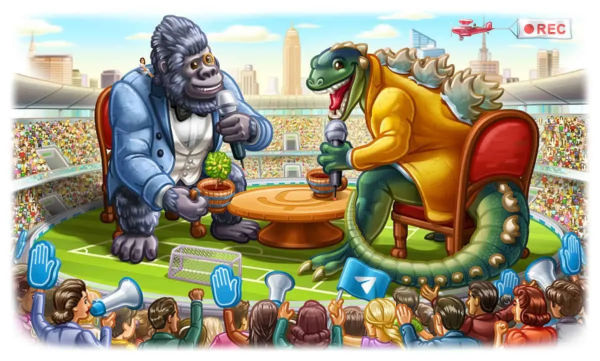 Voice chats was introduced in Telegram groups back in December 2020. With todayâ€™s update, they can also be created in channels, and the number of listeners is now unlimited.

In addition, voice chats can now be saved as podcasts, listeners can â€œraise their handâ€ to participate in the discussion, and speakers can connect to the chat on behalf of their channels.

There are also new tools for organizers. Administrators of public groups and channels can create invite links that immediately open voice chat. You can create separate links for speakers and listeners.

Other innovations include the ability to quickly undo erroneous forwarding, including by choosing a different chat, users can now restart long voice messages from where the user left off.

In honor of the new big update released, Pavel Durov, who is behind the popular Telegram messenger and is one of the founders of VKontakte, made an interesting statement.

Durov said he is very proud of the launch of the new version of Telegram just three weeks after the last big update. He also noted that iPhone and iPad users may have to wait several hours longer for the Telegram update than Android users, due to technical problems with Apple.

Furthermore Durov promised that following the opportunity to create their own radio stations; users will receive the function of video broadcasts. Their launch will take place in the spring of 2021.