Xiaomi’s Redmi Note 10 which was recently launched has passed through an intense durability test. In a new YouTube video, the handset was submerged in water, scratched, dropped, and even bent to test its endurance. 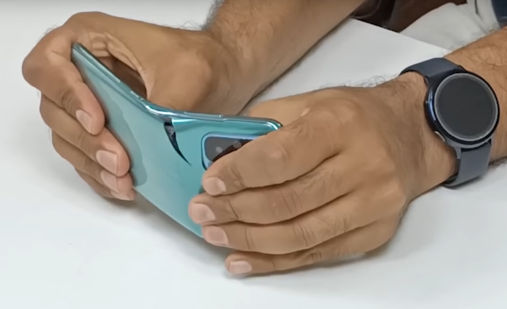 The new video was from a YouTube channel called Gupta Information Systems. This video had a brand new Redmi Note 10 model put through a durability test. The first test involves a complete submersion test for the device, which is rated for just splash proof. It was submerged for 5 minutes, which had small amounts of water enter through the SIM card slot.

Despite this, the device still functioned normally, but other flaws in the design started to show soon after. In the scratch test on the body, it was found that the deviceâ€™s volume buttons still had the same issue that affected its predecessor, with the buttons being easy to snap off with enough force. Similarly, scratch were quite easy to induce on most parts of the body, except the Corningâ€™s Gorilla Glass 3 front panel. While the device still performed average in the remaining tests, the final drop and bend tests were where the issue started.

In the video title, â€œtake an insuranceâ€ was stated, which seems apt considering a drop test with the screen facing downward ruined the display. While the Gorilla Glass remained intact, the panel on the inside did not function properly. This might also be partly due to the fact that the Note 10 was dropped in three different angles. In the final bend test, the smartphone broke apart from the region that housed the side mounted fingerprint sensor.