A realme Camera Innovation Event took place today. Back in 2019, the company started with the implementation of 64-megapixel sensors on its smartphones, and the Samsung ISOCELL Bright GW1 sensor was a favorite. This year, the manufacturer is set to move to a new level â€“ to start installing a 108-megapixel module. And the first smartphone with it will be the realme 8 Pro. 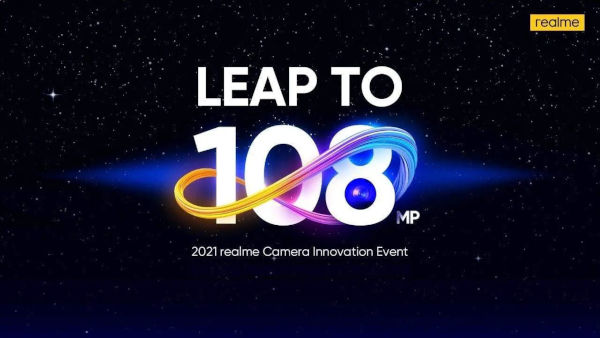 At its event today, the company has announced that the choice fell on the Samsung ISOCELL HM2 sensor. It is a 1/1.52â€³ sensor with 0.7-micron pixel size and support for Super-PD autofocus. The sensor is capable of taking photos with a resolution of 12000Ã—9000 pixels and recording 4K video at 120 frames per second.

Lossless 3x zoom preserves details and colors without over-sharpness, and captures 12MP stills and displays an enlarged area. Image processing is set up so that you can take 8 consecutive shots, which are then processed by special algorithms to increase clarity.

Star Mode (Astrophotography) allows you to capture the starry sky in slow motion. In 8 minutes, the camera is able to create 30 photos, which are then â€œgluedâ€ together and a one-second video is obtained, and the process is repeated to achieve the desired final result. Another trick from realme is tilt-shift time-lapse video.

This shooting simulates a miniature world, leaving parts of the image out of focus. You can choose the angle, position and size of the bokeh directly in the camera settings; as well as add transition effects between blurred and clean areas. Among others, new portrait filters are available, including neon portrait, dynamic portrait with blur and AI color portrait.

Among other things, they showed what the camera of the realme 8 Pro will be. It will be a square block with four image sensors.