HMD Global will be holding a launch even on April 8,Â HMD Global to announce new smartphones. Rumors have it that it may announce phones like Nokia X10, X20, G10, and G20. The Nokia X10 was recently appear on the Geekbench benchmarking platform. Today, the Nokia X20 has been spotted on Geekbench with some of its key specs.

According to the Geekbench listing, the Nokia X20 is powered by a Qualcomm processor, which is mentioned with as SM4350. This model number confirms that the device is powered by the Snapdragon 480 chipset.

The listing further reveals that the Nokia X20 features 6 GB of RAM and it runs on Android 11 OS. In the single-core and multi-core tests of Geekbench, the handset scored 507 and 1661, respectively. 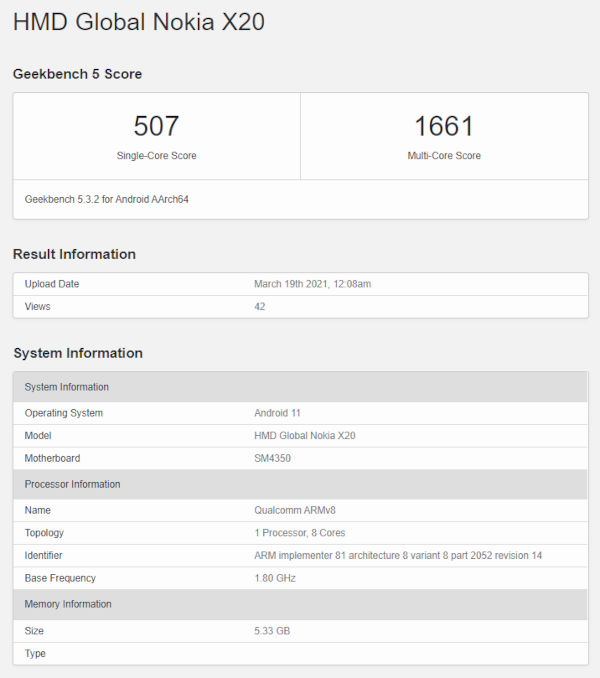 An early leakÂ claimed that not only the Nokia X20, but also the X10 is powered by theÂ Snapdragon 480Â chipset and 6 GB of RAM. While the X10 could be coming with 32 GB, the X20 will be equipped with an internal storage of 128 GB.

Instagram Is Working On A Safe Version For Under 13 Children