While Apple is busy with the incremental upgrades for iOS 14, this does not mean that the manufacturer isnâ€™t secretly working on the next big thing â€“ iOS 15. Android 12 by Google is already on the move, so we expect Apple to follow soon with its new operating system for mobile handsets. The next iOS version is likely to be announced at Appleâ€™s annual WWDC dev-centric summit. Just like last year, Apple is expected to disclose most of these features at the event and will probably unleash developer beta for brave users. 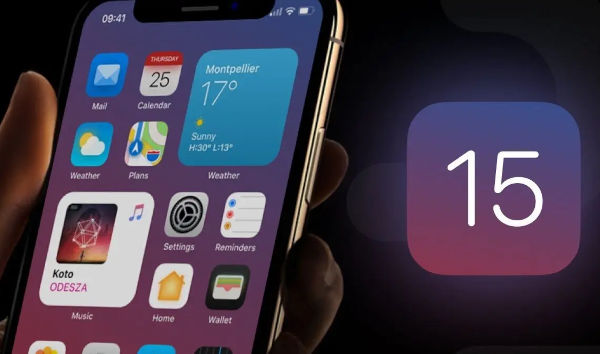 iOS 14 was a quite interesting update that brought a set of new features for iOS. We can mention the home-screen widgets that now offer quick and fast information for users without having to open specific apps.

The next operating system may not bring a major UI refreshment but will improve what is already available. It will certainly polish some of the features introduced with iOS 14. Without further ado, letâ€™s dive into the expected iOS 15 features.

The iOS Widgets were introduced with iOS 14, but they are nothing besides â€œvisual boardsâ€ for notifications or â€œat glanceâ€ shortcuts. They still have a long path to trace in order to expand their usability. iOS 15 is rumored to be introducing interactive widgets that the user will be able to interact with. For instance, we may see widgets with volume controls, widgets for toggling functions and etc.

The company will also introduce more sizes for its widgets that will be between the small, medium, and large standards.

With iOS 15, Apple may allow more system customization allowing users to change default applications. iOS 14 kickstarted this allowing Safari and Mail to be changed for alternative apps. However, iOS 14.5 beta is expanding this by allowing you to change your default music platform. We believe that more applications will support this in iOS 15. 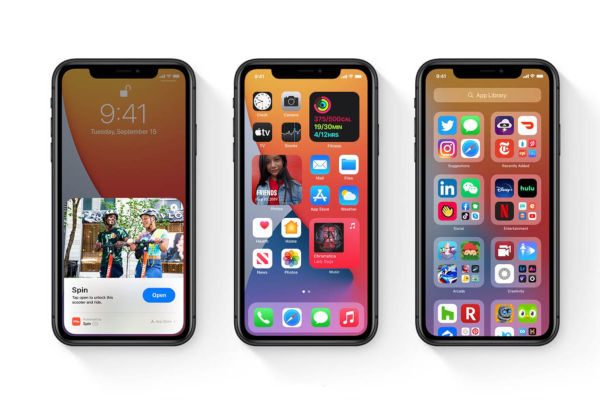 The new iOS 15 update may also bring a major refreshment in design for the iOS Settings Menu. Apart from incremental changes, we have the same settings menu introduced years ago. Hopefully, Apple will change the design to bring the former and intuitive glory of iOS settings.

If there is a feature that has been largely used on devices with OLED screens it is the Always-On Display modes. This feature became possible since the first iPhone with OLED display but gained traction when it was introduced on the Apple Watch.

This feature can scale down the refresh rate all the way down to 1Hz and waste just a minuscule amount of battery. Unlike common LCDs, the OLED can light pixels individually, so a black pixel is a turned-off pixel. Of course, this will be a hardware-dependent feature and wonâ€™t reach old iPhones with common LCDs. Xiaomi does something similar with MIUI, where just OLED-powered phones have Always Mode available. Apple may update its lock screen to display notifications in a more friendly manner to suit the always-on display.

When Apple introduced macOS last year, it added support for ARM processors and apps to open the road for the Apple M1 MacBook. The ARM-based computer can run iOS and iPadOS applications. We expect Apple to introduce more features in iOS 15 that will expand the cross-usage between iOS and macOS. We wonâ€™t be surprised to see the two software converging into one in the future.

Since iOS 14.5 Apple is bumping up the privacy of the iOS even further. For instance, the latest iOS 14.5 beta automatically redirects safe browsing data through Appleâ€™s own servers. It protects the users from certain ads that tend to steal their data. We expect these security-related features to play a big role on iOS 14.

iOS 15 will probably drop more devices than its predecessor. The iOS 14, for instance, came for the same devices that supported iOS 13. However, this will not be reiterated by iOS 15. Support will be dropped for the last iPhones with a headphone jack, the iPhone 6s, 6s Plus, as well as the original iPhone SE. Only devices with an A10 or newer chipset will have support for the new iOS 15. So the list of eligible devices include:

As we mentioned above, iOS 15 is certainly coming at WWDC 2021. The event will take place sometime in June, which follows Appleâ€™s usual schedule. Aside from releasing a beta, this early reveal of iOS also gives direction to app developers. We expect the stable release to come alongside the new iPhone family.

The iPhone 13 series is likely coming in September this year. The iOS 15 release is directly associated with iPadOS 15 release. After all, the iPad Operating System is just a fork with large-screen specific features. During WWDC 2021 we also expect the release of watchOS 8.