Nothing has been in the news of late. On Monday, the company was reported to have acquired Essential, the Andy Rubin-owned company that was shut down a few years after it came into business. Yesterday, Nothing opened up investment to the general public and in just 24 hours, it has raised more money than Alphabetâ€™s GVÂ  invested in it. Its founder, Carl Pei, has also confirmed the acquisition of Essential. 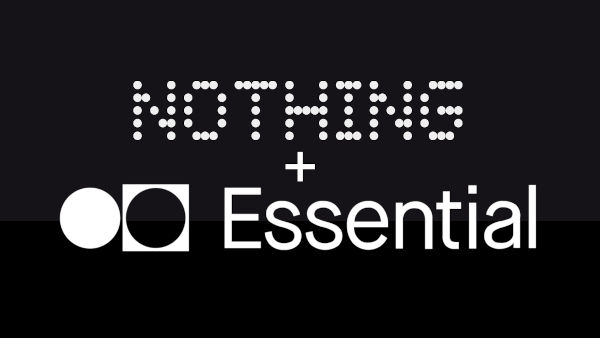 Now, Pei himself confirmed the recent reports and clarified that the whole deal was centered around the patents held by Essential. He further clarified that there is, ahem, nothing to share regarding Nothingâ€™s plans with the newly acquired Essential patents. Though with the new evidence, itâ€™s more likely weâ€™ll see Nothing in the smartphone business sooner or later.

Yes, the rumors are true, we’ve acquired Essential’s trademarks. Today, we are all in on Nothing, and don’t have anything to share at the moment regarding our plans with Essential.

Meanwhile in related news, Nothing has announced that it has reached over $18 million of registered interest in just 24 hours from more than 14,500 persons following the companyâ€™s decision to open investment to the Nothing community. That is more than the $15 million investment it secured from Alphabetâ€™s GV.

We are humbled and grateful to see that we have reached over $18M of registered interest in just 24 hours from over 14,500 people. It is great to see the Nothing community coming together. pic.twitter.com/i4HLU3zZhE

However, the company will only be offering $1.5 million worth of shares to the Nothing Community and they will be offered on a first-come-first-serve basis.

Nothing revealed earlier this month that its first productÂ will be wireless earbudsÂ and they will be announced this summer. That doesnâ€™t sound exciting seeing as the market is flooded already but we are curious to see how Nothing intends to stand out from the competition.

YouTube To Bring New Interesting Features To Its Users This Year