Huawei’s HarmonyOS entered the spotlight in October of 2019 in response to the infamous Huawei US ban, the Chinese tech giant proposed it as a microkernel-based distributed operating system for IoT devices like smart TVs, smart speakers, and smartphones.

Now, coming to December last year, the company released what it called ‘HarmonyOS 2.0 Beta‘ for developers. ArsTechnica has now managed to get hands on Harmony OS 2.0 beta and has published a report detailing the true state of the operating system in 2021.

Is HarmonyOS 2.0 Beta an Android Clone?

The report highlights how difficult it was to pass the two-day background check for getting access to the emulator. The process involved giving Huawei personal details including name, address, email, phone number, and pictures of ID (driver’s license or passport), and a photo of a credit card.

After all this hassle, you still won’t be able to run the emulator in your development machine. Instead, you have to rely on a remote emulator that Huawei offers you. Furthermore, the emulator doesn’t seem to be a software-based virtual one. As ArsTechnica puts it, “it’s HarmonyOS if it ran on Google Stadia—you’ll get a laggy, interactive video stream of the OS sent to you from somewhere on the Internet.”

Closely examining HarmonyOS 2.0 beta, ArsTechnica found various references of Android throughout the operating system components. In several instances, Huawei seems to have removed the word ‘Android’ and has labeled system apps like HarmonyOS System as ‘version 10’ – an obvious reference to Android 10. Huawei has also packed its App Gallery, which offers access to Android apps. 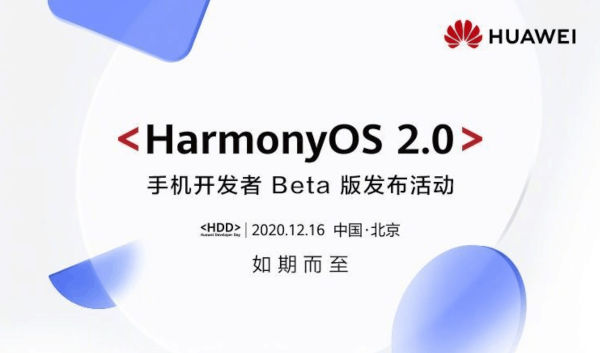 The report further points out how Huawei’s documentation had no references to Android. A sample app built with Huawei’s SDK also seems to show how it resembled Android code. It is worth noting that it was possible to decompile .hap (HarmonyOS Ability Packages) using Android’s decompile tools. All these pieces of evidence show that HarmonyOS is a fork of Android, at least in its latest beta. It is possible that Huawei has just not updated its emulator and we’ll have to wait to see if there are substantial changes when it ships to devices later this year.

HarmonyOS vs iOS vs Android

Hardware platform: In addition to the mobile phone, it can also be mounted on many IoT devices like TV, cars, smart home appliances