On Monday, according to a Weibo user, Huawei will be holding a press conference later this month to announce its next foldable smartphone. And now, the company took to the micro-blogging platform to confirm the announcement of the Huawei Mate X2 on Feb. 22. 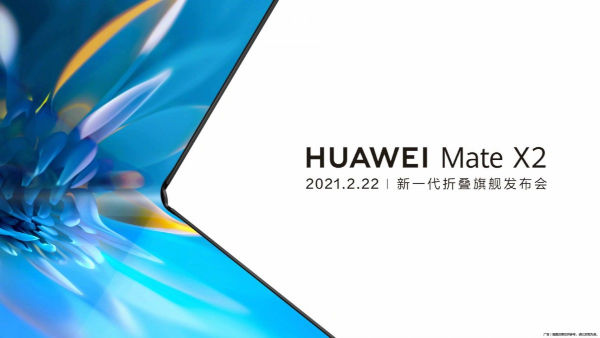 The Mate X2 could be fitted with a 16-megapixel front-facing camera. A quad-camera system a 50-megapixel primary camera, a 16-megapixel lens, a 12-megapixel snapper, and an 8-megapixel sensor could be available on the backside of the Mate X2. It is likely to arrive with support for 10x hybrid zoom.

LG Patents A Laptop With Rolling Display and Keyboard