TheÂ Central Bank of Nigeria (CBN) has on Sunday said it is determined to protect Nigeriaâ€™s financial system from activities of â€œfraudsters and speculatorsâ€. 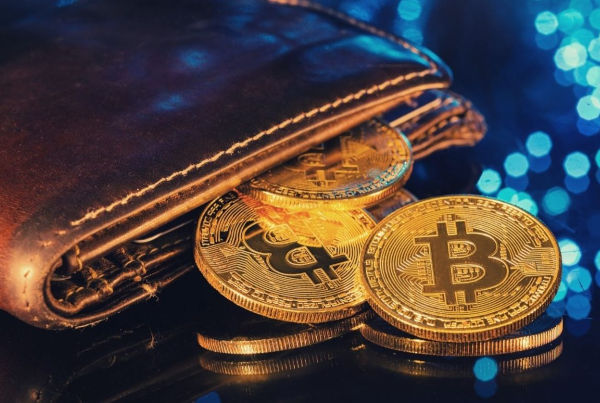 Recall that theÂ Central Bank of Nigeria (CBN) has ordered banks in the country to shut down the accounts of cryptocurrency traders.

The ban has drawn mixed reactions from Nigerians with former Vice President Atiku Abubakar calling on CBN to reserve the directive.

But in a statement signed by Osita Nwanisobi, its acting director of corporate communications, on Sunday titled â€˜Response to Regulatory Directive on Cryptocurrenciesâ€™, the Apex bank insisted that it will continue to do all within its regulatory powers to educate Nigerians to desist from the use of cryptocurrencies â€“ despite growing criticism.

Listing various reasons for its action, the central bank said not only are cryptocurrencies issued by unregulated and unlicensed entities, the patrons and users value â€œanonymity, obscurity, and concealmentâ€ and there are risks of â€œloss of investments, money laundering, terrorism financing, illicit fund flows and criminal activitiesâ€.

The attention of the Central Bank of Nigeria (CBN) has been drawn to various comments and reactions following our recent reminder to Deposit Money Banks (DMBs) to desist from transacting in / and with entities dealing in cryptocurrencies. Most of these reactions reveal that there appears to be a need to provide further justifications about our position, especially to the general public.

For those who are not conversant with the universe of cryptocurrencies, it is important to state that Cryptocurrencies are digital or virtual currencies issued by largely anonymous entities and secured by cryptography. Cryptography is a method of encrypting and hiding codes that prevent oversight, accountability, and regulation. While there are a number of cryptocurrencies now in circulation, Bitcoin was the first to be introduced in 2009, and now accounts for about 68 percent of all cryptocurrencies.

As regards our recent policy pronouncement, it is important to clarify that the CBN circular of February 5, 2021 did not place any new restrictions on cryptocurrencies, given that all banks in the country had earlier been forbidden, through CBNâ€™s circular dated January 12, 2017, not to use, hold, trade and/or transact in cryptocurrencies . Indeed, this position was reiterated in another CBN Press Release dated February 27, 2018.

It is also important to note that the CBNâ€™s position on cryptocurrencies is not an outlier as many countries, central banks, international financial institutions, and distinguished investors and economists have also warned against its use. They have all made similar pronouncements based of the significant risks that transacting in cryptocurrencies portend- risk of loss of investments, money laundering, terrorism financing, illicit fund flows and criminal activities. China, Canada, Taiwan, Indonesia, Algeria, Egypt, Morocco, Bolivia, Kyrgyzstan, Ecuador, Saudi Arabia, Jordan, Iran, Bangladesh, Nepal and Cambodia have all placed certain level of restrictions on financial institutions facilitating cryptocurrency transactions.

In China, for example, cryptocurrencies are completely banned and all exchanges closed as well. Banks and other financial institutions are not allowed by law to transact or deal with cryptocurrencies. Chinaâ€™s Central Bank, called the Peoples Bank of China (PBoC) has provided several directives ruling out the use of these currencies. The PBOC views cryptocurrencies as illegal because they are not issued by any recognized monetary institution and do not hold any legal status that can make them equivalent to money. Hence banks and all stakeholders are strongly advised against their use as a currency.

Even famed investor Warren Buffett has called cryptocurrencies â€œrat poison squared,â€ a â€œmirage,â€ and a â€œgambling device.â€ Mr. Buffett believes it is a â€œgambling deviceâ€ given that they are mostly valuable because the person buying it does so, not as a means of payment; but in the hope they can sell it for even more than what they paid at some point.

During an online forum hosted by the Davos-based World Economic Forum few weeks ago, Andrew Bailey, the Governor of the Bank of England, highlighted the extreme price volatility of cryptocurrencies as one of the biggest flaws and explained that this flaw makes it impossible for them to be used as a lasting means of payment.

â€œHave we landed on what I would call the design, governance and arrangements for what I might call a lasting digital currency? No, I donâ€™t think weâ€™re there yet, honestly. I donâ€™t think cryptocurrencies as originally formulated are it,â€ he said.

It is not surprising he would take that position because, Bitcoin, the best-known cryptocurrency, hit a record high of $42,000 per unit on January 8, 2021, and sank as low as $28,800 about two weeks later. This is far greater volatility than is found with normal currencies.

Let us now turn to some of the justifications for CBNâ€™s recent policy reminder. A perfunctory reflection on the definition of cryptocurrencies can already reveal several problems.

First, in light of the fact that they are issued by unregulated and unlicensed entities, their use in Nigeria goes against the key mandates of the CBN, as enshrined in the CBN Act (2007), as the issuer of legal tender in Nigeria. In effect, the use of cryptocurrencies in Nigeria are a direct contravention of existing law. It is also important to highlight that there is a critical difference between a Central Bank issued Digital Currency and cryptocurrencies. As the names imply, while Central Banks can issue Digital Currencies, cryptocurrencies are issued by unknown and unregulated entities.

Second, the very name and nature of â€œcryptocurrenciesâ€ suggests that its patrons and users value anonymity, obscurity, and concealment. The question that one may need to ask therefore is, why any entity would disguise its transactions if they were legal. It is on the basis of this opacity that cryptocurrencies have become well-suited for conducting many illegal activities including money laundering, terrorism financing, purchase of small arms and light weapons, and tax evasion. Indeed, many banks and investors who place a high value on reputation have been turned off from cryptocurrencies because of the damaging effects of the widespread use of cryptocurrencies for illegal activities. In fact, the role of cryptocurrencies in the purchase of hard and illegal drugs on the darknet website called â€œSilk Roadâ€ is well known. They have also been recent reports that cryptocurrencies have been used to finance terror plots, further damaging its image as a legitimate means of exchange.

More also, repeated and recent evidence now suggests that some cryptocurrencies have become more widely used as speculative assets rather than as means of payment, thus explaining the significant volatility and variability in their prices. Because the total number of Bitcoins that would ever be issued is fixed (only 21 million will ever be created), new issuances are predetermined at a gradually decelerating pace. This limited supply has created a perverse incentive that encourages users to stockpile them in the hope that their prices rise. Unfortunately, with a conglomeration of desperate, disparate, and unregulated actors comes unprecedented price volatility that have threatened many sophisticated financial systems. In fact, the price of ether, one of the largest cryptocurrencies in the world, fell from US$320 to US$0.10 in June 2017. The price of Bitcoins has also suffered similar volatilities.

Given that unlike Fiat Money which accompanied by full faith and comfort of a country or Central Bank, cryptocurrencies do not have any intrinsic value and do not generate returns by themselves. When one buys a stock, say of a conglomerate in the Nigeria Stock Exchange, its price reflects the activity and production of that conglomerate and the value people place on their goods and/or services. This price may rise as the conglomerate produces better goods/services and probably gains greater market share. The reverse would be true if the conglomerate does not innovate to improve the quality of its goods/services. In other words, the price of that stock reflects market fundamentals. In contrast, , cryptocurrencies do not have fundamentals and would never have fundamentals. Investors only buy in the hope that its use and acceptability will rise, thereby pushing up its demand and price. But since new versions of cryptocurrencies come on stream with new mathematical models, an infinite supply may someday crash the price to zero.

At this juncture, the CBN would like to assert that our actions are not in any way, shape or form inimical to the development of FinTech or a technology-driven payment system. To the contrary, the Nigerian payment system has evolved significantly over the last decade, leapfrogging many of its counterparts in emerging, frontier and advanced economies propelled by reforms driven by the CBN. This is evident from the variety of participants, products, channels, cutting-edge technology in the payments system. It is also validated by the astronomical growth of volume/value of transactions and the fact that Nigeria is an investment destination of choice for international financial technology companies because of CBNâ€™s policies that have created an enabling investment environment in the payments system.

These developments in the payments and settlements space has helped to grow the financial system, improving financial inclusion, the quality and convenience of financial services and has also created millions of direct and indirect jobs for teeming youth population.

The innovations in Nigeriaâ€™s payment system were catalyzed by regulatory reforms driven by the CBN which entailed the issuance of a raft of guidelines and regulations on Operations of Electronic Payments Channels in Nigeria; Transaction Switching; Card Issuance and Usage, Licensing of payment service providers; Mobile Money Services, Electronic Payments of Salaries, Pensions, Suppliers and Taxes, Licensing Super Agents in Nigeria; and use of USSD for Financial Services in Nigeria, Super Agents and Agent Banking Operations and Payment Service Banks to mention a few.

Several other initiatives are being implemented to further support FinTech development and creation of jobs. These include regulatory sandbox and open banking principles that the Bank recently implemented.

The recent regulatory directive became necessary to protect the financial system and the generality of Nigerians (including the youth population) from the risks inherent in crypto assets transactions, which have escalated in recent times, with dire consequences for the integrity of the financial system and financial stability. Due to the fact that cryptocurrencies are largely speculative, anonymous and untraceable they are increasingly being used for money laundering, terrorism financing and other criminal activities. Small retail and unsophisticated investors also face high probability of loss due to the high volatility of the investments in recent times.

In light of these realities and analyses, the CBN has no comfort in cryptocurrencies at this time and will continue to do all within its regulatory powers to educate Nigerians to desist from its use and protect our financial system from activities of fraudsters and speculators.