Google is already working on a newer version of the Android mobile operating system and if we are to go by its tradition, the OS will be released this year in the fall. Of course, before the official rollout, there will be several beta versions. 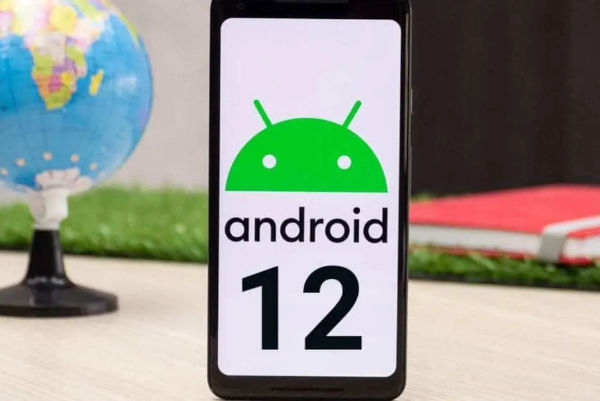 However, ahead of all that, a few screenshots of the upcoming Android 12Â have surfaced online, which reveals that the operating system will have a newly redesigned user interface. The source of the leaked images is said to be a document from Google for summarizing the changes in the new version. 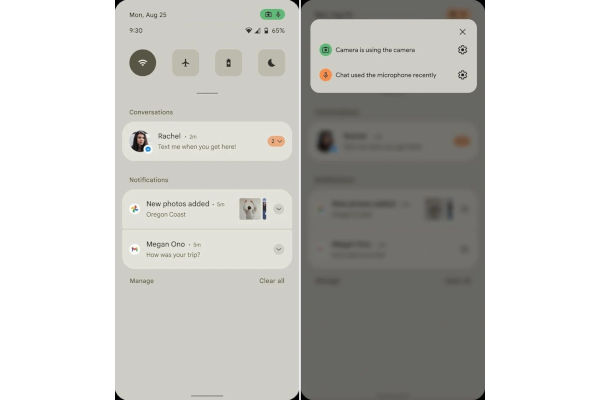 The company seems to have doubled-down the privacy-related features. From the leaked images, it appears that there will be a small icon in the top-right corner that will notify if theÂ cameraÂ or microphone is being used. Tapping on that icon will reveal which application is what and there will be a quick way to disable the access.

It appears that new widgets are also coming with the newer version ofÂ Android. Thereâ€™s a new Conversations widget, highlighting recent messages, missed calls, as well as activity statuses. The size of the widget is small and thus only one item shows up at a time. The quick access area now holds fewer icons, making them easier to access. 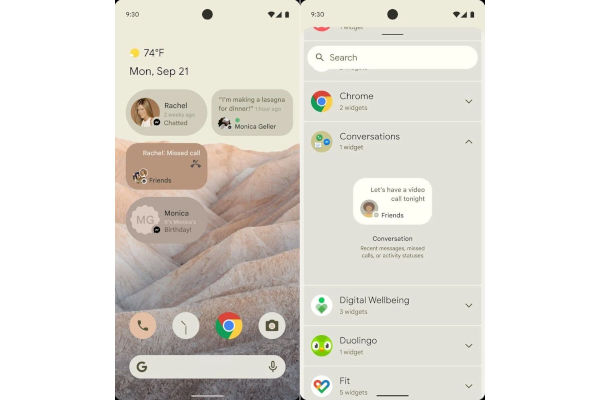 The upcoming Android 12 is expected to come with several features, including app pairs, a double-tap on the back panel to trigger an action, sharing Wi-FiÂ passwords, an improved theme engine, support for emojis decoupled from system updates, and an app hibernation feature, among others.

While the authenticity of the leaked screenshots has not been confirmed yet, folks at XDA-Developers claim to have seen the document from which the images have come. The first Developer Preview of Android 12 is expected to be available in a few weeks but to get to know the list of features, we will have to wait a bit longer.

Official: Redmi K40 With Snapdragon 888 To Be Unveiled On February 25