According to two new Weibo posts, the upcoming ZTE Axon 30 Pro smartphone might come with the Samsung’s yet-to-be-announced 200MP S5KGND sensor. The information emerged from a Chinese tipster and an official ZTE representative. 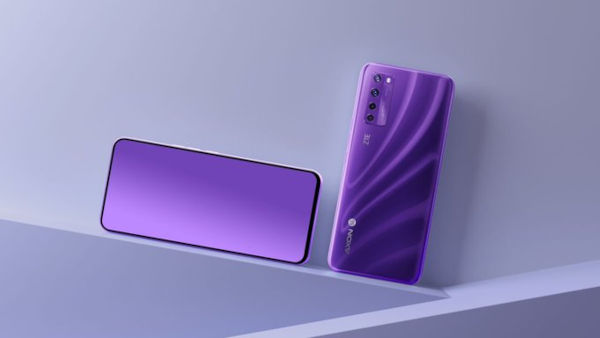 First, let’s go through ZTE’s official post. It says that the handset will feature a Snapdragon 888 chipset, which isn’t really a surprise, but the text stresses the new Spectra 580 ISP and the fact that it supports 200MP cameras. Why would he mention that? He also claimed that the handset’s ability to take low-light photos in extremely dark conditions – as low as 0.1 lumens. 4K HDR video recording and 10-bit color depth are all supported features as well.

Now, the tipser WHYLAB said, the handset will indeed feature Samsung’s still unreleased 200MP sensor. The sensor’s size is said to be 1/1.37″, which is marginally smaller than the current 108MP sensors such as the one found in the Samsung Galaxy S21 Ultra. The pixel size is 0.64Âµm while the effective pixel size is 1.28Âµm when the 4-to-1 pixel binning is applied. Interestingly, the sensor is rumored to support two native pixel-binning modes – 4 in 1 and 16 in 1 effectively outputting 50MP and 12.5MP stills. 16K video recording is also on the list of supported features but there’s no chipset that can do such high-resolution videos, at least for now.

Last year, the ZTEÂ Axon 20 5G was launched as the worldâ€™s first Under Display camera phone. The device wasnâ€™t really a flagship model, rather, it is a premium mid-range model that ZTE intended to use to test the waters. Though the camera output of the selfie camera wasnâ€™t even spectacular, the device was well received.

Now, the company is preparing a second model with an Under Display camera and the name has been officially confirmed as Axon 30 Pro 5G. Its specs has now been revealed by Tipster @TheGalox_.

ZTE Axon 30 Pro 5g will be the world's first Flagship device with the Second Generation Under Display camera.

According to the leak, the ZTE Axon 30 Pro will be the industryâ€™s first flagship phone equipped with second-generation under-screen camera technology. It will also be the first Snapdragon 888 flagship with a true full screen. The phone will pack a 6.9-inch display with 1080p/1440p resolution and 120Hz refresh rate. It will also reportedly come with a new quad-camera setup. The device will be powered by a 4700mAh battery.

According to the official introduction, ZTE has adopted core technologies such as ultra-high-transmittance micron-level new materials, independently driven screen display chips, and highly integrated minimalist circuit design to avoid the interference of complex lines on the camera, improve the front shooting effect, and cooperate with the original natural pixel arrangement. The display is more natural.

There is no word yet on when the flagship model will be launched but we expect that to happen in no distant time.