WhatsApp has recently consistently been in the news. One of the reason is not far from the upcoming controversial update of its privacy policy and terms. The backlash was so bad that it literally had to postpone the cut-off dateÂ and explain the significance of the update. Today, the company has rolled out a new security feature for WhatsApp Web and Desktop users. 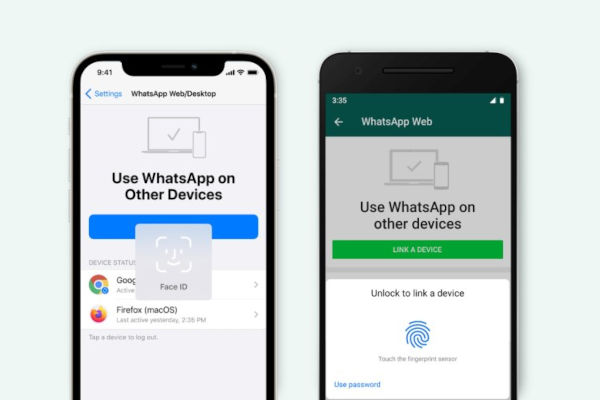 WhatsApp in a Tweet,Â announcedÂ that it is rolling out Facial recognition and Fingerprint authentication for Web and Desktop users. For the unaware, WhatsApp apart fromÂ Android/iOSÂ mobile platforms, offers services in Web(via Internet browser) and Dekstop(via Software) mode on computers.

The Desktop mode is available forÂ Windows,Â Mac OSÂ and Web works on any internet browser but require linking their accounts from mobile phones. Anyway,Â WhatsAppÂ says that with the new feature, users will require to authenticate in their phones while linking/logging into their Accounts to the Web/Desktop. 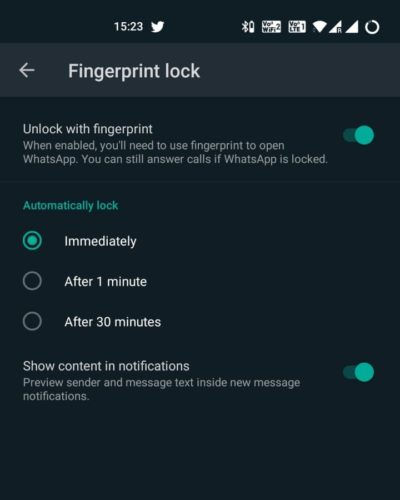 Back in 2019, we saw evidences ofÂ fingerprint authenticationÂ on Android Beta. After rounds of Beta testing, the feature made it to the final version. Shortly before, the iOS users also got the authentication but it was Face Unlock owing to the absence of fingerprint on newer flagships.

WhatsApp also says that the authentication is taken care of by respective APIs and it doesnâ€™t have access to the biometric data. Nevertheless, the feature, which is currently not available for everyone, will be rolling out to Android(eligible â€“ with fingerprint)/iOS(above 14+) users in the coming days.

After this, by default, you need to authenticate the linking and if you wish to remove it, you have to disable the fingerprint/face unlock on your phone as a whole. That said, the next big update could be theÂ multi-device support.

Join Us On Telegram
ALSO READ:  How to select the best Android tablet
Advertisment