WhatsApp has officially launched its official account on its Status platform within the mobile messaging. Earlier today, 27 January, Android users noted that WhatsApp published four images to its own account on the Status platform, which functions similarly to Instagram’s stories and comprises time-limited updates shared with contacts. 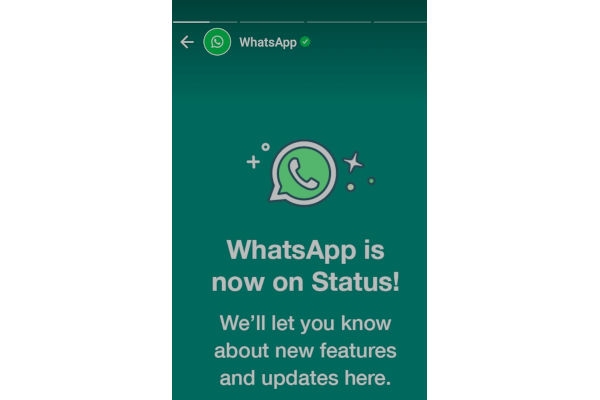 The WhatsApp Status update seems to be viewable by all Android users and includes a reminder of WhatsApp’s commitment to user privacy.

WhatsApp promise to allow users know about new features and application updates through its Status platform.

According to the official message posted on status reads;

“WhatsApp is now on Status!” “We’ll let you about new features and updates here.”

“One thing that isn’t new is our commitment to your privacy.”

The company reminded users of the end-to-end encryption it offers, which means user conversations cannot be accessed by Facebook or WhatsApp.

At the time of writing, there does not seem to be a way to opt-out of receiving WhatsApp Status updates.

The four-part WhatsApp Status update sent to Android users is shown below.

On Friday (January 16), the Facebook-owned company announced that it is delaying the change to its privacy policy for three months. “There’s been a lot of misinformation causing concern and we want to help everyone understand our principles and the facts,”

The company said in a blog post. Earlier this week too, WhatsApp published a new FAQ page to its website outline its stand on user privacy.

Join Us On Telegram
ALSO READ:  WhatsApp Will Not Work Again On The Following Phones Soon
Advertisment